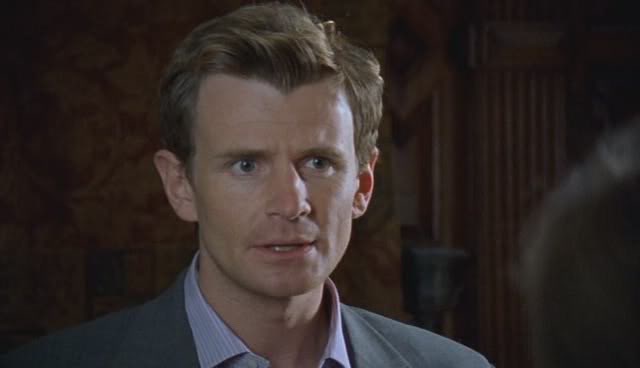 Charles Edwards–you do not know who he is because you are not British. Last night he completed the second of two performances at NYU’s Skirball Center with better known actor Joseph Fiennes in a cool art theater piece called “Happy Days in the Art World.” Edwards is well known in England, and he may be here soon on Broadway. He’s set to play stuttering King George VI in “The King’s Speech,” starting this winter in Britain.

If all goes well, he won’t get replaced by a big TV star and keep the role on Broadway a year from now. He should. In last night’s piece, part of the “Performa” series, was terrific. He’s already been on Broadway in “The 39 Steps.” Even his co-star’s brother, Ralph Fiennes, was impressed at last night’s show.

Edwards is well suited to the King George part. He looks enough like Colin Firth, who won the Oscar for the movie. But he’s about 8 years younger, and has his own definite personality. He is not a Firth substitute. With Fiennes, he had a great stage presence as they acted out a kind of Donmar W 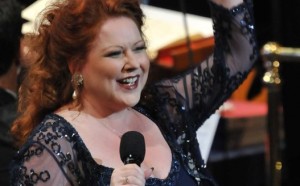 arehouse-type “Welcome to Godot” by Danish playwrights. If anything, when Edwards comes to Broadway he’ll probably be a big “discovery” like Mark Rylance.

By the way, Kim Criswell pops up in the second half of “Art World” and sings the U2 song, “One.” Apparently the group — via Larry Mullen–gave the song without charge for this production. Criswell just kills it. Evidently, Criswell–who’s American–is well known in the West End musical circles. She’s a huge talent who should be working on Broadway and on TV and in music here. Someone do something–don’t let her go back to Britain!