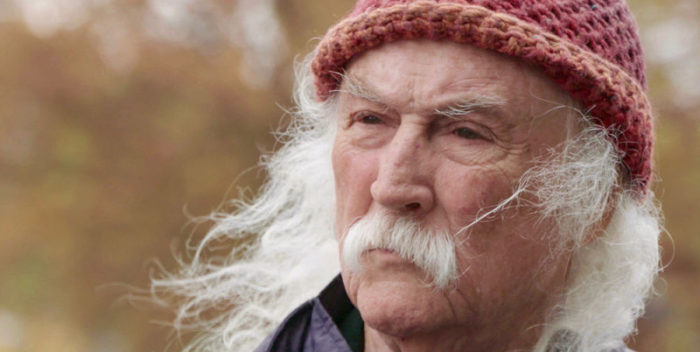 Shock: it’s the end of Crosby, Stills, and Nash as David Crosby has died at age 81. His wife says he had a long illness but he kept it to himself. Crosby was a regular presence on Twitter until recently. (Actually his most recent Tweets were yesterday.)

Sources tell me Crosby died from COVID. He was most likely vaccinated, but may have had co-morbidities.

Crosby was known for his famous harmonies with the Byrds and Crosby, Stills & Nash. He warred with all of them including Neil Young.

His wife issued a statement: “It is with great sadness after a long illness, that our beloved David (Croz) Crosby has passed away. He was lovingly surrounded by his wife and soulmate Jan and son Django. Although he is no longer here with us, his humanity and kind soul will continue to guide and inspire us. His legacy will continue to live on through his legendary music. Peace, love, and harmony to all who knew David and those he touched. We will miss him dearly. At this time, we respectfully and kindly ask for privacy as we grieve and try to deal with our profound loss. Thank you for the love and prayers.”

Last year, Crosby sold the rights to his songs, which is usually an indication of estate planning. Among his compositions was “Wooden Ships,” recorded by both CSN and the Jefferson Airplane.

Brian Wilson wrote on Twitter: “I don’t know what to say other than I’m heartbroken to hear about David Crosby. David was an unbelievable talent – such a great singer and songwriter. And a wonderful person. I just am at a loss for words. Love & Mercy to David’s family and friends.”

One of my favorite albums is the Crosby-Nash album from the mid 70s: