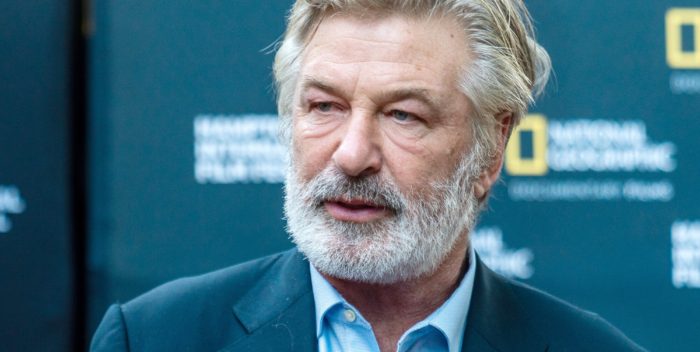 Last week we learned that Alec Baldwin bought a 55 acre estate in Arlington, Vermont. He spent $1.75 million and got himself a couple of houses and plenty of room on which to build new ones.

Coincidentally, a short time later it was revealed that Baldwin had been sued for wrongful death by Matt Hutchins, the husband of Halyna Hutchins, the cinematographer Baldwin allegedly accidentally killed on the set of “Rust.”

Since then Hutchins has gone on the warpath, giving an interview to the “Today” show where he leveled blame for the accident on Baldwin directly.

The lawsuit is serious and could cost Baldwin millions if there’s a judgement against him. (There are other lawsuits as well.)

And that may be why the actor, father of six small children and adult daughter Ireland, is interested in Vermont. It’s a homestead state.

Baldwin already owns a massive apartment in Manhattan near the NYU campus in the East Village. He also owns a pretty big property in the Hamptons. He is clearly domiciled in New York.

But a homestead state protects residents from civil judgements. This is similar to OJ Simpson moving to Florida after a civil jury handed the families of Nicole Brown and Ronald Goldman a $31 million judgement. They’ve never collected more than a few dollars from Simpson. They couldn’t go after his home or his pension.

Now Alec, who is not stupid, has suddenly taken an interest in Vermont. Yes, his wife, Hilary’s — Hilaria’s — grandparents lived there for years. Yes, Hilaria drove there right after the shooting, loaded up the SUV with her kids and told an interviewer she drove there without a purpose. It was a total fluke. But maybe not.

Baldwin has a lot to protect financially. He’s made millions from “30 Rock” and real estate investments. He’s earned a tidy sum hosting The Match Game on ABC and shilling for Capital One. If the Hutchins lawsuit turns into something more, or — it’s hard to believe — there are criminal charges from the “Rust” shooting — New England, a place in which he’s spent no time in his life, may be a financial refuge.

I’ve no doubt Baldwin has read up on How to Protect Your Income and Property on Vermont’s Legal Help website.  I’ll bet Hutchins’ lawyers– and Hutchins himself is a lawyer– have, too.