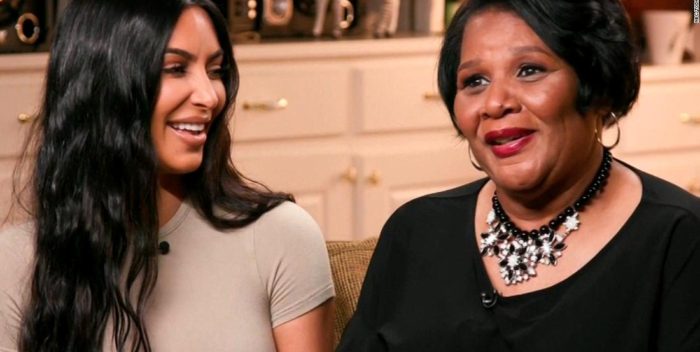 FRIDAY MORNING UPDATE: As Alice Johnson snubbed Kim Kardashian, Kim has posted not one word about Alice’s RNC speech, no congratulations. Kim must feel pretty betrayed after she was the who rescued Alice. I wonder how Kanye West feels now that his bff Trump has done such a crappy thing to his wife.

Thursday night: Maybe Alice Johnson should go back to jail.

At the RNC, she just told the world Donald Trump was responsible for getting her out of jail. I can’t believe I’m saying this, but she just threw Kim Kardashian under the bus and backed up over her.

It was Kardashian, improbably, who championed Johnson and brought her case to Trump. Johnson didn’t say Kim’s name ONCE tonight. It was quite unbelievable.

It was literally because Kim called the evil Jared Kushner and told him about Alice Johnson that they wound up in the Oval Office with Trump. He knew nothing about it. With all the good publicity, Trump commuted Johnson’s sentence and she was freed from prison. I can’t believe I’m defending Kim, but she must be pissed right now. Trump hijacked her victim.

Wow. Alice, you owe everything to Kim Kardashian and NOTHING to Donald Trump.

The irony, of course, is that Kim is married to Trump’s buddy, Kanye West, who’s trying to get on ballots to siphon off Biden votes. Hey Kanye, your buddy SCREWED your wife.

Back to jail, kiddo.