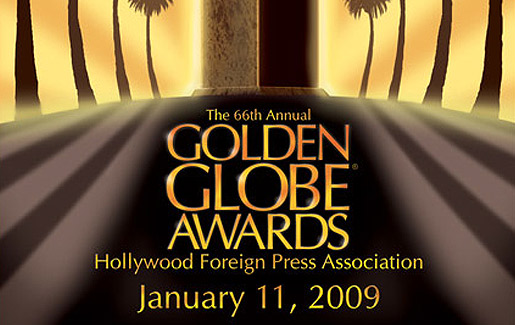 TheWrap.com has published this letter, sent to the Golden Globes by their former PR firm, Michael Russell Group, last February. Michael Russell repped the Globes for 17 years and carried out their bidding. They mysteriously resigned the account last year right after the Globes show. Russell accuses HFPA president Philip Berk of all sorts of things. Add this to our story below that seven Globes “critics” have credited roles in Sofia Coppola‘s new movie, “Somewhere.”

All this, and the HFPA is suing its own production company, Dick Clark Productions, on the eve of its January broadcast on NBC. The network’s new owner, Comcast, can’t be too pleased.

I’m sure you’ll understand my disappointment and distress at receiving the fax from your counsel Joseph Calabrese at O’Melveny and Myers LLP informing me of the decision not to renew our contract in connection with the HFPA/Golden Globe Awards after 17 years of dedicated service and a public relations campaign that the industry and media have hailed unanimously. We were an integral part in this year’s very successful campaign that resulted in a huge 14% increase in national viewership on NBC.

The amount of media coverage we generated was the biggest ever, including such effective publicity activities as the announcement of Ricky Gervais as this year’s host (although it was my idea,  I was happy to let you take credit for it) and the first Young Hollywood party in which Miss Golden Globe was crowned.  And there was an abundance of effective and innovative promotional successes we initiated including the deal we negotiated with Lynne Segall at the Los Angeles Times that resulted in two free page ads (worth in excess of $120,000) and a national online campaign in the Tribune network of websites.  We also initiated a $100,000 Glaceau/Smart water sponsorship for which you promised us a 15% commission only to later inform us that the membership nixed the commission.

Of all people, you know how hard we had to work especially since there was frequent drama as you clashed needlessly and repeatedly with HFPA members, DCP, NBC, Chrysler, and members of the media.  This is the fifth year I have handled PR for the HFPA and Golden Globes with you as President and this year was by far the worst as your conduct climbed to a new outrageous level.

There were non-stop battles as you clashed with Yoram in the hope you could figure out a way to take back the $100,000 grant that the HFPA membership had voted to save LACMA’s film program, incurred the anger of DreamWorks when you incorrectly announced that Steven Spielberg would be a presenter at the Golden Globe Awards telecast, without ever clearing it with his publicist, argued incessantly with Orly and Barry about a number of issues including the HFPA getting a larger percentage of the E! and TV Guide Channel TV pre-show deals, to name just a few.

And don’t forget all the embarrassments with the media including the time you sent editor Steve Gaydos an email blasting Variety (you wrote “They don’t do us any favors, we give them LOADS of advertising”) or had Frances Schoenberger send Lynne Segall a barrage of emails demanding a suitable explanation for the LA Times promo deal (Frances wrote “Phil and co are wondering why 5 tickets – $100,000”).  Equally distressing was the hard time you gave the wonderful Laurie Bernhard who so beautifully guided the HFPA in matters of philanthropy.  I did my best to minimize the fallout from your disruptive activity.

And what was all the bizarre hysteria about Chrysler and the 501 ( c)(3) organization “Stars For A Cause”?  It was your decision to place the Chrysler 300 on the Red Carpet at the Globes for all the celebrities to sign.  And then you were furious that “Stars For A Cause” was involved and demanded that Chrysler no longer promote the HFPA’s association with the fundraiser auction that last Saturday successfully resulted in $110,000 being donated to the American Red Cross for their Haiti relief efforts (100% of the proceeds going to the Red Cross organization) following an appearance of the car on “The Oprah Winfrey Show.”
You had full knowledge that we have worked with SFAC on well-publicized charity campaigns at Golden Globe events since 2007.  You publically defamed the president of Stars for a Cause, a noted attorney and judge, you defamed the charity, and you made disparaging statements about both me and Mr. LoCascio.  You then circulated false statements to the president of Chrysler, their executive staff, and many others.  There is absolutely no excuse for such false and damaging behavior on your part that has exposed you and the HFPA to substantial damages.  When I recently pointed out how you put the HFPA in jeopardy with your defamations, you simply ignored me.

For 17 years we have brought you and former presidents a wealth of advice to boost the integrity and credibility of the organization. As you well know, there are a number of questionable business practices of the HFPA which we have brought directly to your attention this year that need to be changed or they would imperil both the telecast and the legitimacy and integrity of the organization if the news ever leaks out.  When I brought these questionable business practices to your attention in the hope they would be changed, you clearly did not seem to be motivated to make any corrective changes.  It is apparent that our discussions of the association’s unsavory business dealings have prompted you to order your counsel to send us the letter severing all ties and hopefully silence us.

To add insult to injury, we have been recently alerted by members of the organization that members of the board have  made disparaging remarks about us and are in the process of trying to damage our reputations.  Our concerns were amplified by Friday’s incredibly insensitive fax.  Since we have worked so closely with the HFPA for the past 17 years and are obviously an integral part of the organization, we deserved the courtesy to discuss the situation with you and the board in person.

Within 48 hours we demand a formal letter of apology and for all inappropriate and defamatory communications to cease.  We want your written assurance that a mutually agreed upon press release informing the entertainment industry and the media of The Michael Russell Group’s departure will be issued at the appropriate agreed-upon time.

We have done a superb job for the HFPA for the past 17 years.  The letter to us without a phone call or meeting and your defamatory conduct is indicative of the dysfunctional, mean-spirited behavior that has plagued the association for many years.