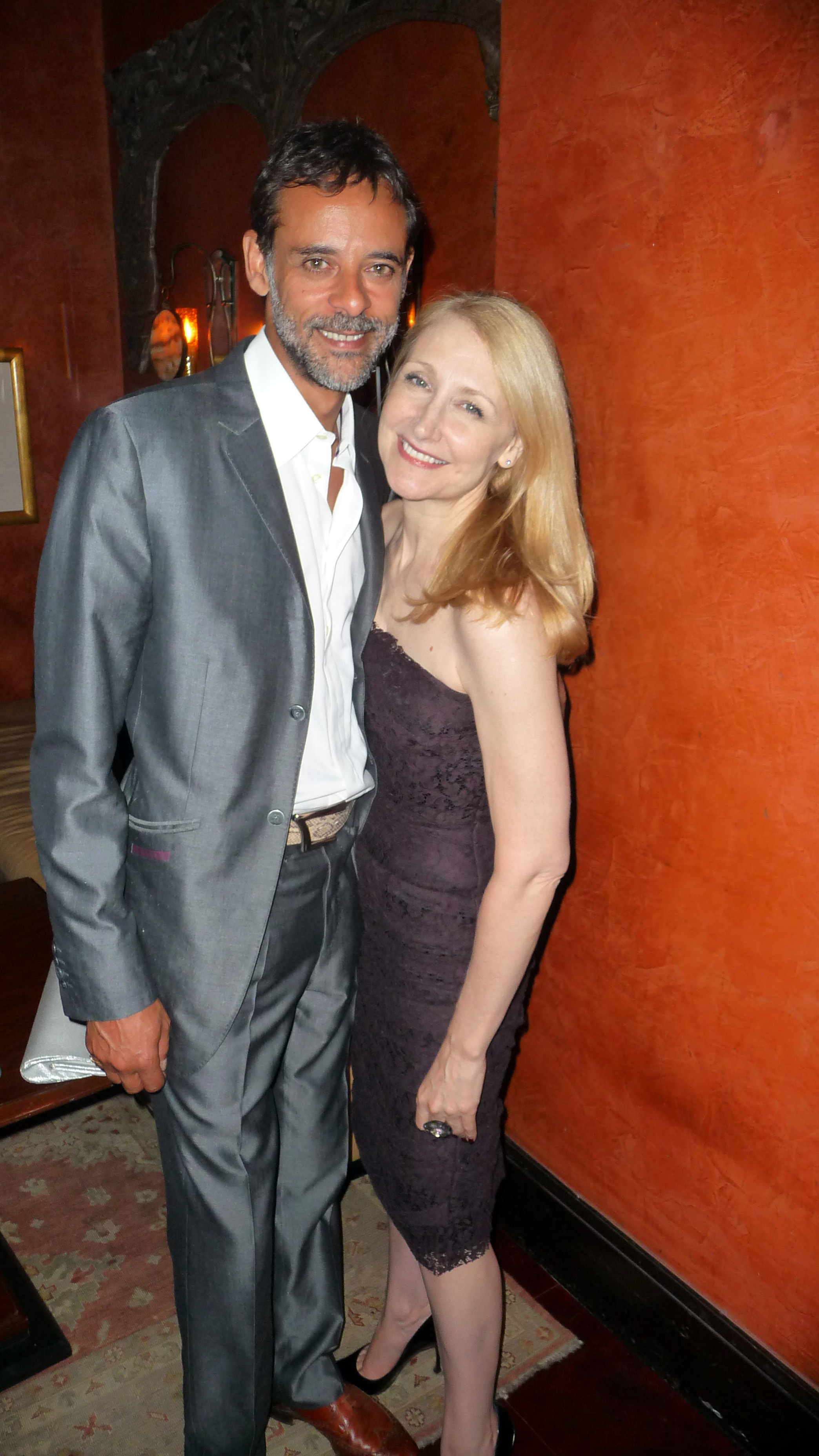 Patty Clarkson–that’s what her friends call her, not Patricia–is the elegant, sexy, smart actress who’s gotten her first lead role at age 50. Well, she shot “Cairo Time” when she was 48, but it’s being released next Friday after she’s rounded that infamous corner.

I wish she would stop telling people she’s 50, but she’s proud of it. Some people just grow into an age. If you saw her Oscar nominated performance in “Pieces of April” or her award winning work in “The Station Agent” or her hilarious, triumphant turn in Woody Allen’s “Whatever Works” you know age doesn’t matter.

And it runs in the family: her mom, Jackie Clarkson, was just re-elected to the New Orleans City Council for the 5th time since 2000. She’s been a popular Louisiana lawmaker for 20 years.

We got to meet Jackie, and one of Patty’s four sisters, Jacquelyn, at the premiere dinner for “Cairo Time” Monday night at the Plaza Athenee. The swanky dinner included New York Daily News publisher Mort Zuckerman, plus Patty’s bff Amy Ryan, Amy’s husband Eric Slovin, as well as the great Hoda Kotb from the Today Show, travel writer Peter Greenberg (who should still be on the Today show but isn’t), filmmaker Ken Burns, casting director and producer Amanda Mackey, actor Giancarlo Esposito, Laurie Dhue, writer extraordinaire Joan Juliet Buck,  Pace Gallery owners Arne and Millie Glimcher and Al Roker and Deborah Roberts. (It was all put together by Peggy Siegal by remote control; she’s somewhere on a yacht in the Aegean!)

IFC prez Jonathan Sehring proudly introduced the film first at Cinema 3, with Patty, director Ruba Nadda (another beauty) and co-star Alexander Siddig, who’s pictured here with Patty. Siddig, next up in Julian Schnabel‘s “Miral”–he’s the only man in the movie. The women at the dinner treated him like he was the only man at the Plaza Athenee, frankly. Siddig is best known to American audiences as Dr. Bashir from 173 episodes of “Star Trek: Deep Space Nine.”

In “Cairo Time,” Clarkson is absolutely mesmerizing as an American wife who arrives in the heat of an Egyptian summer to meet her longtime husband. She’s jet lagged and overwhelmed. The husband, temporarily out of town, sends a friend–played by Siddig–to escort her around. You can guess what happens next, sort of. A lot of it involves the pyramids. But I will be Sphinx-like about the plot. Clarkson is note perfect as she prowls Cairo–shot so beautifully you want to go there–and warding off advances of Egyptian men who don’t see many blondes in sun dresses.

Clarkson is next up in three more movies–she’s always in “three more movies”–but “Cairo Time” is special to her. It’s the first time she carries a film. I doubt it will be the last!

Harvey Weinstein #MeToo Movie “She Said” Set for NY Film Fest, But After Auletta Book Fail, Will Anyone Care?