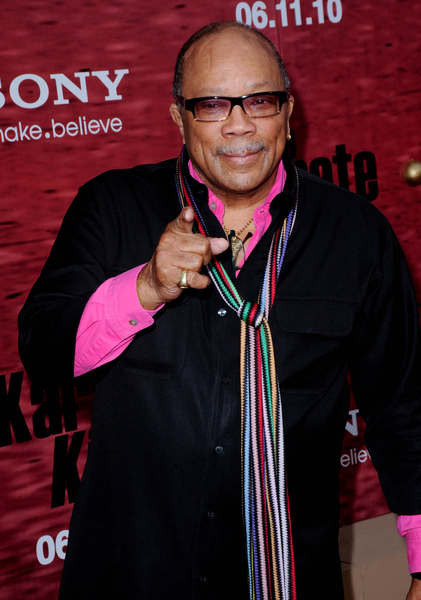 Quincy Jones–he’s one of my heroes, I won’t beat around the bush. Long before he hooked up with Michael Jackson, Q was an all-star musician and composer. He produced the likes of Frank Sinatra and Ray Charles, besides leading his own band around the world.

Quincy’s new album, “Soul Bossa Nostra,” features tons of today’s stars reinterpreting his music. John Legend, Jennifer Hudson, Snoop Dogg are all on it. I am partial to a track he did with Mary J. Blige called “Betcha Wouldn’t Hurt Me,” an update of a 1981 number he did with Stevie Wonder and Patti Austin. It’s the best Mary J has ever sounded.

The album is accompanied by a book called “Q on Producing.” If you’re even slightly interested in popular music of the last 40 years, this book is a gift. It’s also a great holiday item for coffee tables, as long as you read it. I’ve devoured it.

That Quincy is not in the Rock and Roll Hall of Fame is one of the great shames of that organization. But he doesn’t care, and he doesn’t need it.

It was Q–not to diminish Michael Jackson–who made “Off the Wall,” “Thriller,” and “Bad” happen. Don’t worry, he gives Michael a lot of credit, all due credit, as a songwriter. But producers are a special thing: they create the sound. Quincy brought 25 years of musical sophistication with him when he and Michael Jackson hooked up. He told me, as you’ll see that “Joe Jackson is a liar” when he says he was always in the studio with Michael. And still, as Quincy notes, “No one from that family has ever thanked me.”

PS Quincy still holds out hope of prroducing a long in the wings Stevie Wonder-Tony Bennett album–a project I announced a couple of years ago. Q is ready, guys. Let’s go!