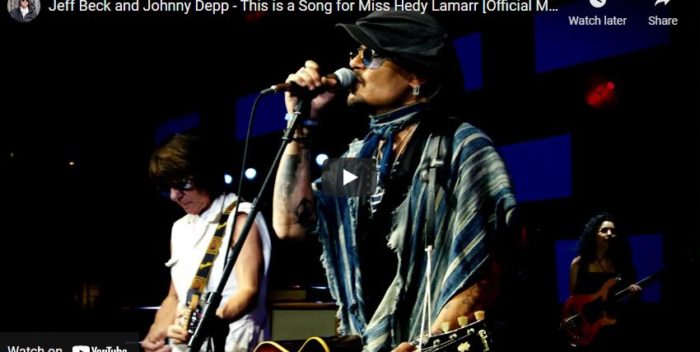 When Jeff Beck announced his tour a couple of weeks ago, there was no mention of Johnny Depp joining him.

Beck and Depp released an album this summer called “18” which sold just under 16,000 copies. That’s it.

Depp was probably hoping for a film this fall. There was a rumor he’d play Uncle Fester on the Netflix Addams Family series.

But it seems Depp will be free, after all. So he’s decided to 22 dates with Beck, Will it sell albums? No. But it’s something to until his next trial with Amber Heard.

I doubt he;ll be singing I “Heard” It Through the Grapevine, although that would be funny.

PS They will play that “Hedy Lamarr” song. They’d better explain who she is to the audience.