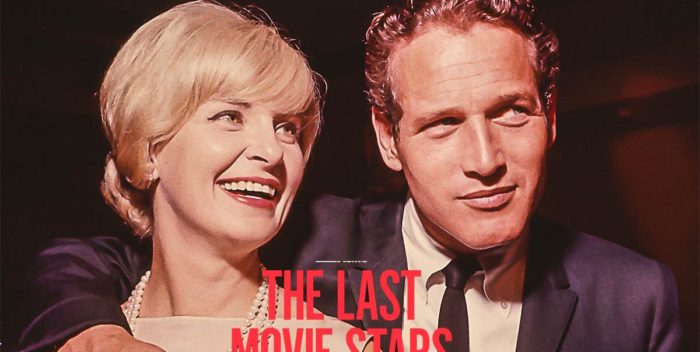 I broke the first story about Ethan Hawke making a documentary about Paul Newman and Joanne Woodward. It was supposed to be for CNN Films, but Warner Discovery obviously moved it over to HBO Max as bait for subscribers. It was a smart move. The six part project, called “The Last Movie Stars” is simply extraordinary, a huge undertaking that left me excited and exhausted.

A lot of the credit goes to Hawke, who’s the director, but also to editor Barry Poltermann and all the archivists and producers. Nothing this complicated or well executed can be done by one person. But of course Hawke’s enthusiasm and sensibility are the foundations of something Ken Burns must marvel at.

Newman and Woodward are of particular interest to me, as they were larger than life figures growing up in nearby Westport, Connecticut. I got to know them as an adult, and they were rightly considered legendary. I saw and spoke to them often at their fundraisers and at press events. One year about four or five us intrepid reporters showed for a press junket Q&A at the Regency Hotel that we thought was canceled because of a blizzard. Not only did it happen, but Newman was right there with us despite the weather.

You may have heard: Newman’s friend, Stewart Stern, had interviewed a lot of the couple’s friends and family on tape. In 1991, Newman burned the tapes. But Stern had the transcripts. So Hawke has employed his actor friends to read the parts of the various people. George Clooney and Laura Linney are wonderful as Paul and Joanne, and everyone else involved, including Alessandro Nivola as Robert Redford and Brooks Ashmanskas as Gore Vidal, are outstanding.

This is a warts-and-all project. The filmmakers never suggest anyone was perfect. Newman drank excessively during the long marriage (his second) and Woodward suffered. But they had a deep respect and love for each other, and clearly the filmmakers felt the same way about them. They also weave in an astonishing 16 films made by the couple together, and another couple dozen of their solo projects. The sheer scale of their legacy exists in this work ethic. There was never a “lazy” period.

They married in 1958. Paul died in 2008. Woodward already been diagnosed with Alzheimer’s and she is still alive. It’s the cruelty of that disease that has hobbled her for 15 years. But boy, she’d be so proud of this docuseries. While Newman is already fairly well known, Woodward’s star has faded over time. Hawke and co. have resurrected her as a consummate actress, mother, and humanitarian.

A few years ago I wrote about the Newman’s Own Foundation going through a tough time. But now it seems to have been straightened out. Selling salad dressing, popcorn, and tomato sauce, the Foundation has given away around $500 million. They also run the Serious Fun camps (formerly Hole in the Wall) for seriously ill children.

Back in 2007 I was at a safari camp in Zambia. I asked the guides at lunch, of all the celebrity charities were hear about, was there one that had impacted them? Our guide said, Paul Newman, that charity had been the most effective. Isn’t that amazing, I responded, a Hollywood star had done some good. The guide and his friends were totally lost. They had no idea that Newman was a movie star. They only knew him as someone whose foundation had helped them. That’s better than an Oscar, I think.

“The Last Movie Stars” comes too late for the 2022 Emmy Awards, but it will win everything in September 2023. PS I was glad to see that the last interview with Newman and Woodward was featured with my old friend, NBC’s Jill Rappaport. Separately, Jill’s photographer sister, Linda Solomon, tells me she was once shot Newman at the Grand Prix. She remembers: “I asked him to takeoff his sunglasses. His response to me: I would but my pants will fall down.”

PS My only quibble is very little attention to, especially in the last chapter, of Hemingway biographer A. E. Hotchner. “Hotch,” as we all knew him, was Newman’s best friend and instigator of the Foundation and Hole in the Wall camps. He’s even written about on the latter’s website. Hotch died in 2020 at age 102, and I’m sorry he wasn’t included in this otherwise comprehensive saga.