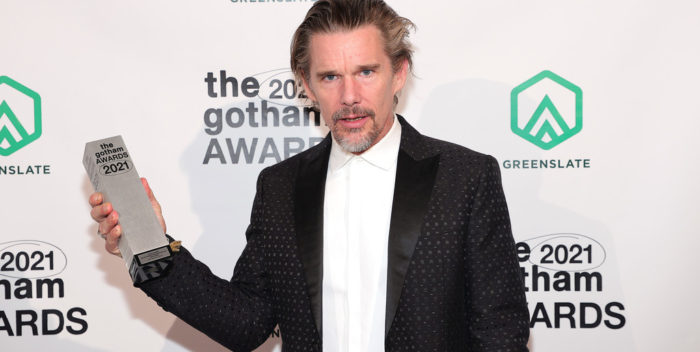 12/01/21: EXCLUSIVELY You may recall an announcement last month that Knopf had bought an unfinished memoir by Paul Newman and set it for publication next year.

Now I can tell you that the memoir is only part of the Newman Renaissance for 2022. There will be a documentary, directed by Ethan Hawke, also set for release. I’m told that CNN Films, which has done some great docs recently on Ruth Bader Ginsburg and Jackie Collins, recently bought the rights to the Hawke film.

When the memoir was announced, it was revealed that Newman had done a lot of recorded interviews with his pal, screenwriter Stewart Stern. Those interviews were said to be incorporated into the book.

But it turns out that Newman’s daughters asked Hawke to make a film using the interviews plus the actor-director is interviewing all the people who were close to Newman in his life. (Expect a lot of Robert Redford.) In reality, the film is basis for the book. I don’t think we’ll see any of this until late next year.

Newman died in 2008. His widow, actress Joanne Woodward, has withdrawn from public activity for some time now. She is 91 years old. But Newman, whose legacy besides being a great actor and star, is philanthropy. His Newmans Own food products remain top sellers, and his Serious Fun camps remain huge hits and very important for seriously  ill children.

Hawke has been nominated for four Oscars, two for acting and two for writing. He just won the Gotham Award for Best Actor in his Showtime series, “The Good Lord Bird.” He’s directed several films including a wonderful gem called “Blaze,” which is worth checking out if you can find it on a streaming service. At the Gotham Awards, Hawke declared himself one of the “elders” of the industry which is hard to believe since we’ve known him since he was a kid. He’s 51 years young now! I can’t wait to see this film.