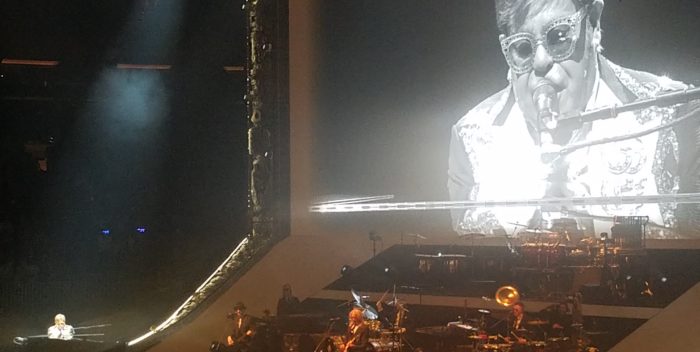 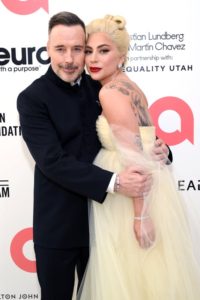 Elton John was on stage somewhere in the heartland Sunday night. He couldn’t even be at his own Oscar party in Hollywood. But the party was a smash anyway, co-hosted by Lady Gaga, David Furnish, Eric McCormack, Billy Porter, and Brandi Carlile. EJAF, the Elton John AIDS Foundation, raised $8.6 million for AIDS research and funding of projects to end the terrible epidemic.

Unlike the Vanity Fair party the annual Elton soiree is thrown for a purpose. The only people who benefit from the Vanity Fair ratf*ck are Conde Nast and their advertisers. Late in the evening, around 12;45am, we ran into three guys in their 60s from Bay Ridge, Brooklyn who were right out of central casting for “Goodfellas” or “The Sopranos.” They’d actually bought their way into the VF party!)

To the delight of the attendees, Elton John joined via satellite from his rescheduled Farewell Yellow Brick Road tour stop in Lincoln, Nebraska, to express his appreciation for their support and treat the crowd to a special performance of “Your Song” and “Goodbye Yellow Brick Road.”

Live at the party Brandi Carlile and surprise guest John Wesley Rogers performed a duet of “Rocket Man.” How cool was that?

PS Everyone went by strict protocols, with vaccine cards double checked, and many with new COVID tests.