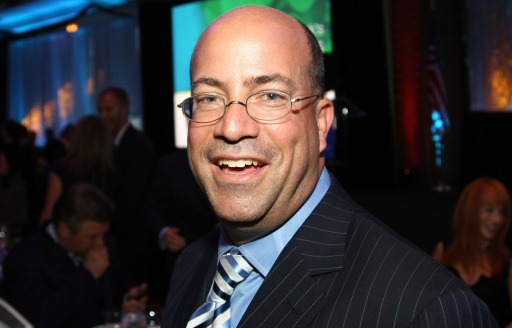 Listen, there’s no one from the milk man in East Hampton to the janitors at CNN’s various headquarters who is “stunned” that Jeff Zucker was having an affair.

The CNN chief’s relationship with his publicist, Allison Gollust, is about a decade old. That’s how long I feel like I’ve been hearing about it.

Sources have been talking about Zucker and Gollust since they were at NBC together. In January 2013, Zucker came over to CNN from NBC. A short time later, Gollust joined him as head of PR. In September of that year, she was promoted to Chief Media Officer.

In 2018, Zucker and his wife Caryn, officially threw in the towel on their marriage of 21 years that produced four kids. But the Zucker divorce was messy and loud in the Hamptons. Even the Jack Russell terriers were barking about it.

So when Radaronline.com ran a story back on January 4th about Zucker and Gollust I was surprised. It seemed like old news to a lot of us. But the Radar story coming in this #metoo environment, on top of all the other big shot execs who’ve been toppled by various scandals, the time was ripe. Plus, the pair has built up a fairly good sized troop of enemies. That’s the formula for disaster.

Katie Couric wrote all about Zucker and Gollust in her recent memoir. It was right there in the open but no one wanted to deal with it. When Zucker set up Couric’s talk show at ABC, Couric recalls in “Going There”:

At a certain point Jeff made a huge push to bring on Allison Gollust. When we worked together at NBC, she and Jeff cooked up ever bolder ways to draw attention to TODAY and later to Jeff himself when he moved to Entertainment. They were joined at the hip. The problem was, we’d already hired a PR person for the show. There really wasn’t a role for Allison. Jeff asked me to meet with her anyway. One weekend when I was out in the Hamptons, I went over to her house and told her what I’d already told Jeff— that we had the communications piece of it covered and there just wasn’t a job there. What we needed were talented producers. ABC was paying Jeff and me a ton of money; I was also an EP of the show, and my name was on it. I felt a certain responsibility to spend the money wisely and have some real agency in the decision-making. I had to wonder why Jeff was angling so hard to bring Allison on board. She and her husband and kids had moved into the apartment right above Jeff and Caryn’s— everyone who heard about the cozy arrangement thought it was super-strange. By that point, Caryn had become a close friend and it made me really uncomfortable. “I don’t want to force myself on you,” Allison said reasonably that day in the Hamptons. She seemed disappointed, but that was the end of it.

So keep in mind, CNN has known about all this for NINE years. There are no surprises.