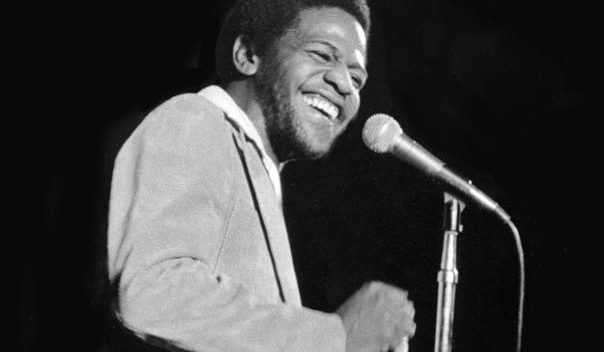 I was 14, not quite 15. We depended on the radio to tell us what was being released: 77 WABC for top 40 and R&B singles, WNEW-FM and WPLJ-FM for the cool album stuff.

Looking back now thanks to Wikipedia, it’s hard to imagine I got any homework done. Loving music in 1971 and 1972 was a full time job. There was too much going on. Constantly. Did we think it would become classic music? No one thought about it.

So Al Green had had already put “Tired of Being Alone” on the radio, we were singing along with it, but white kids in the northeast didn’t really grasp who he was yet. When the next Willie Mitchell produced album, “Let’s Stay Together,” arrived, it was madness. The Hi! Records horns, the rhythm section, were nirvana. There are only 9 tracks on the album, which wasn’t a big hit. For Al, it was the 45s. The title track was effortlessly romantic. Plus, as with “Tired of Being Alone,” Al’s falsetto spins spiraling through the main vocal was undeniable. The song remains his crowning achievement. And the album also features Al delivering his immortal treatment of the Bee Gee’s “How Can You Mend a Broken Heart.”

Then there was Todd Rundgren. I can remember sitting in my room listening to the radio when probably Cousin Brucie played “I Saw the Light” for the first time. It was if I had seen the light. There was nothing else like it. We were in the era of perfect post-Beatles pop that started with Harry Nilsson’s “Without You.” (I wrote about all of this a short time ago.) Todd had already had minor hits with “We Gotta Get You a Woman” and a slow version of “Hello, It’s Me.” But now, what was this?

“Something/Anything” was like a visit to outer space. Electronic Moog music was ‘in’ so Todd including it as interstitials etc was very cool. Then, there were all these potential singles– “Couldn’t I Just Tell You” was the main one after “Light” and “Hello It’s Me.” then were was “Wolfman Jack”–Todd sort of revived him from cult into main stream. There are so many tracks on the album, and you just kept flipping it over and trying a different side. Also, there was a lot of studio talking, which was unusual. So the album had a very intimate feel. You feel like you know this weird looking guy who created this whole musical experience– some of it solo, some with the best musicians in pop.

Right now, I’m listening to the end of the album, with “Slut” and “You Left Me Sore.” The tracks hold up so well they could have been made last week. They’d be hailed as breakthroughs. There’s no question that a direct line run from Todd to projects like the New Radicals. As it happened, Hall & Oates–after their Arif Mardin produced classic “Abandoned Luncheonette” — went full Todd with “Rich Girl” and all those hits. Daryl Hall was smart to commercialize Todd’s concepts, which Rundgren abandoned for his harder metal edged Utopia.

So that’s just this week in 1972. This month coming up are the 50th anniversaries of the Allman Brothers’ “Eat a Peach” and Neil Young’s “Harvest.” This was also the year of the greatest R&B singles. Sly and the Family Stone’s “Family Affair” took the first week of 1972. Then “Let’s Stay Together” was number 1 for 8 consecutive weeks. This was followed by James Brown, Joe Tex, the Staples Singers, Aretha, the Dramatics, and the Chi Lites. This was all before June 30th. When you hear the expression The Soundtrack of our Lives, this was it. At least it was mine. It’s the reason I made the film, “Only the Strong Survive” in 2002.

If you remember all this, you know it already. If you don’t, and you want to know what real music was like, jump in anywhere. And yes, this whole time, “American Pie” was everywhere. We had no idea who Don McLean was or what he was like in real life. I’m so glad we didn’t.