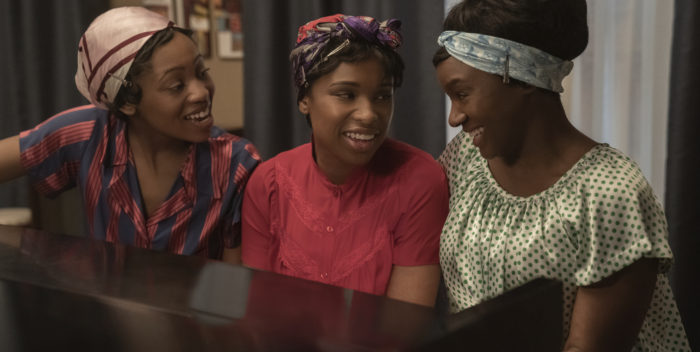 MGM  has waved the white flag, thrown in the towel, fallen on its sword.

The studio is sending the Aretha Franklin biopic “Respect” to VOD services Google Play and Vudu for $19.99 starting tonight. I hope Amazon Prime and iTunes are next.

MGM allowed a movie to be made badly but with a standout performance by Jennifer Hudson. JHud deserves an Oscar. Everyone else deserves a lump of coal. They let Liesl Tommy, their director who’d never made a big budget movie, direct. They let her replace Callie Khouri, a respected professional screenwriter, with Tommy’s theater buddy to re-write the screenplay.

The result is a movie with a 69 on Rotten Tomatoes and $17 million in the bank. That’s against a cost of $55 million. Aretha had actually talked to “Ray” director Taylor Hackford before she became ill. A Hackford film with a Khouri screenplay would have been a 100 on Rotten Tomatoes, and made $75 million at the box office.

The only person who did their homework preparing for this movie was Jennifer Hudson. The producers had no consultant, didn’t speak to any friends of Aretha. They interviewed Dana Dowd, daughter of late producer Tom Dowd, then ignored what she said and didn’t even include Dowd in the movie. They cut out of Aretha’s story songs she wrote herself,massive hits like “Daydreamin'” and “Rock Steady.” They cut out Aretha’s famous back up singer, Cissy Houston, Atlantic Records chief Ahmet Ertegun, and producer arranger Arif Mardin.

The movie just had bad karma. So many people were never invited to see it in advance. I had to make dozens of calls, send numerous emails, to finally get a look at it. I’m fairly certain Clive Davis has never seen it. Instead of being a joyous occasion, “Respect” turned into something that caused enmity. What a shame.

I am adamant about Jennifer Hudson. See this movie at home. Watch an Oscar performance. The rest of it doesn’t matter. The spirit of Aretha lives in that performance. JHud’s integrity and fierce talent are in every scene. But no actor can bend a whole movie to their will. Hudson did her very best. The others failed her and Aretha.