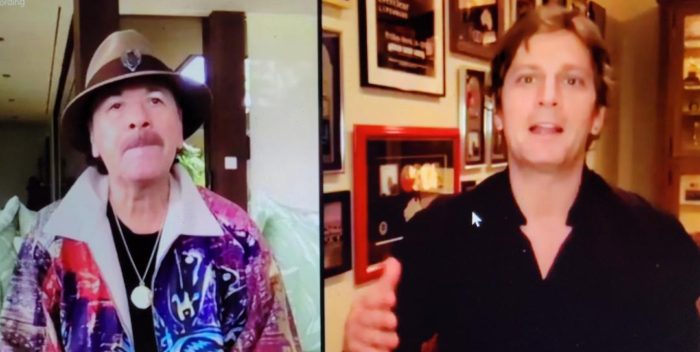 Carlos Santana and Rob Thomas have made their “Move,” a follow up to their 1999 smash hit, “Smooth.” Thomas wrote it with American Authors, who also sing on the record.

(Lucky for Santana, he has his own PR firm, run by the great Michael Jensen, or no one would know what’s going on. BMG sends out no information. Last year they killed albums by The Pretenders and by Patty Smyth. This year the Jimmy Jam-Terry Lewis album had a week of press and then sank like a stone. All great albums. All gone. Total sales on Jam & Lewis’s album 8,300.)

Santana and Thomas will likely debut “Move” on Saturday at Clive Davis’s Welcome Back New York concert in Central Park. How about 60,000 people dancing to a new hit song? Not bad!