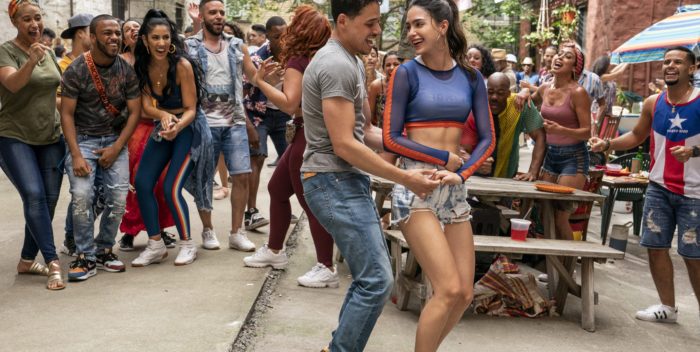 The week was hard on Jon M. Chu’s musical, “In the Heights.”

The total take for four days was $2.2 million. For the whole week, from last Friday through yesterday, “In the Heights” came in 5th place, with just over $6 million.

The domestic box office stands at just a notch under $22 million. This weekend will show a drop in the theater count as Warner Bros. clears the way for new releases. “In the Heights” may not finish on Sunday with $25 million after three weeks.

Lesson learned: don’t apologize for your movie. And if it’s a musical, make sure it has a single that can be played on the radio. The “In the Heights” soundtrack, which started strong, has fallen off the top 50 on Hitsdailydouble.com and Buzz Angle. It’s tracking at number 19 right now on iTunes.