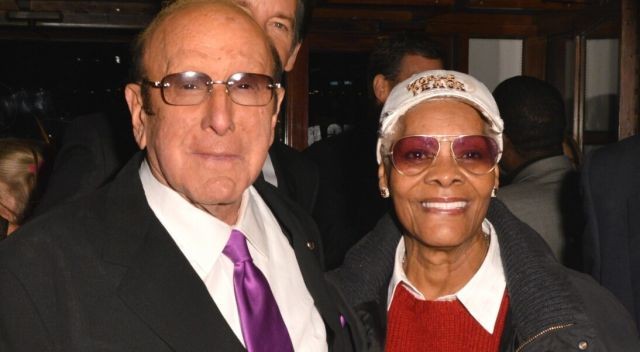 Clive Davis may still be on Zoom as we speak.

Last night, to raise funds for the Grammy Museum and Musicares, Davis conducted a six hour Zoom gala in which he interviewed superstars who are publicity shy and featured rare video and live performances by  A listers.

The show began at 7pm and ended at 1am. It went through “Saturday Night Live.” And most everyone stayed, which was remarkable. At the end, at 1am, David conducted a short after party on line for those still awake, including everyone ont the west coast.

Clive included newish rap star Da Baby who talked about experiencing his father’s death and brother’s suicide back to back last November during the pandemic. Da Baby, aka Jonathan Kirk, turned out to be disarming and articulate. So was Gabi Wilson, aka HER, who performed Prince’s Nothing Compares 2 U.

I wrote in an earlier item about Clive’s Joni Mitchell interview. She looked and sounded wonderful.

Paul Simon, who goes back to the mid 60s with Clive with Simon & Garfunkel, also looked terrific, rested, and was praising of his host. “Clive, it was you who picked Bridge Over Troubled Water as the first single of from our album. Everyone else wanted Cecilia. And that changed everything.”

Dave Grohl credited the success of the Foo Fighters hit “Times Like These” to Davis. “I’ve never told anyone else,” said Grohl, “but it was your radio edit of the single that made it work. Your edit was perfect. We went with it.”

Motown chief Berry Gordy, who’s 91, told Davis, 89– and they both look remarkably younger by the way — that he once considered himself Davis’s rival and is now thrilled to be his friend. He recalled that when Diana Ross left the Supremes, he considered it like a “stock split” in which two companies would thrive. (There was no mention of the recently deceased beloved Supreme Mary Wilson.)

All I can say is, this night, and its predecessor from January, must be turned into a series of some kind for the public. It was the Book of Revelations!