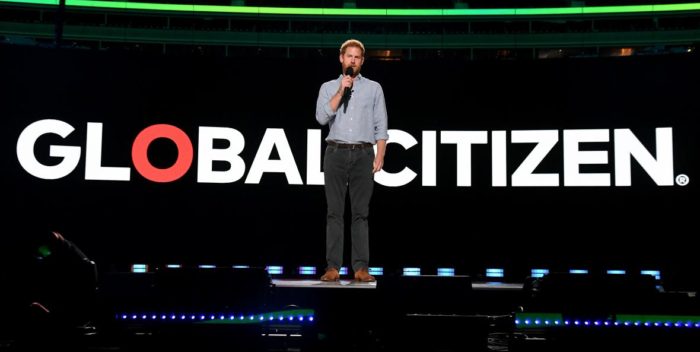 Global Citizen? Why are you giving them money?

And why have Harry and Meghan gotten involved?

Over the weekend, Global Citizen was involved with yet another idiotic concert to raise awareness, this time for vaccines. “VaxLive” starring JLo taped, hosted by Selena Gomez, featuring HER, J Balvin, Eddie Vedder, and Foo Fighters will air all over the place this Saturday.

But folks still don’t get it.

What  Global Citizen doesn’t do is raise money for actual people. They spend all their money on the concerts, and their own salaries. Meanwhile, the peopleof the world continue to live in global poverty.

Maybe that’s why the group changed its name from Global Poverty. They had no intention of curing it.

Ex Prince Harry and Meghan rightly see Global Citizen as a grand PR opportunity. I mean, who doesn’t? Global Citizen is one of the great cons of all time, lip service written large.

A look at their tax filing for 2019 shows that they’ve gotten even better at soliciting money for themselves.

A total of just $1.1 million went to cash Grants split between domestic and foreign recipients.

The big game positions at Global Citizen are the contractors who put on their rock concerts. In 2019, the main bills, including AEG Ehrlich Productions, was $4 million.

And who gave them $10 million in 2019? Why, divorcing couple Bill and Melinda Gates, from their Foundation. Which one of them will get to appear on the concert stage this Saturday? Only their lawyer knows.

And what did they do with this money?

Money for actual global poverty? That’s debatable. They claim on the Form 990 that they “spent” $4.1 million on “movement building and advocacy for ending extreme poverty.” Receipts? None. Line by line breakdown of expenses? No. But they do say that almost $3 million of that was spent in Europe (Including Greenland and Iceland), Austria, Andorra, and Belgium. Hmmm…Africa got a much smaller piece, just over $400,000.

But no one really knows whether actual money was sent anywhere, or in what amounts, or to whom, or for what reason.

And Harry and Meghan? They don’t know either.