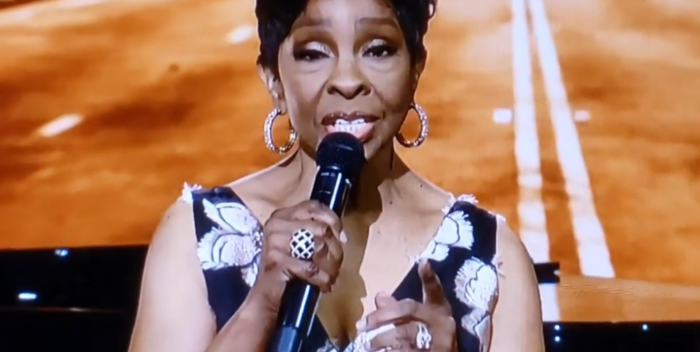 I received not one press release or communication about “A Grammy Salute to the Sounds of Change” special that aired last night on CBS. I didn’t even know it was coming until I saw a promo for it on Monday on CBS by accident. Nothing came from the Recording Academy or the network.

I guess I wasn’t alone in being surprised. Ratings were a disaster– just 1.5 million people tuned in to see Common host a show with some amazing performances from 9 to 11 pm. The special was beautifully written and executed. Meantime, an hour earlier, at 8 o’clock, around four-and-half million people watched the stupid “Masked Singer” on Fox.

Gladys Knight’s performance of Marvin Gaye’s “What’s Going On” with Sheila E. on drums was so spectacular, I stood up and clapped. Ditto John Fogerty on a new song called “Weeping in the Promised Land.” I’d put them up there from YouTube except there are no official clips. A Viewer posted a few, I’ll add Gladys here, and I’m sure it will be unavailable soon.

So that’s it. A lot of effort went into this and maybe one day this special will be available somewhere. For the people who saw it, we had a treat.

PS Gladys Knight needs to be inducted into the Kennedy Center Honors, and must be recognized by the Biden Administration for a Medal of Freedom and so on. With Aretha gone, Gladys is our Queen of Soul, a magnificent talent who is under appreciated.

Here’s the video for “Weeping in the Promised Land.” This is the Song of the Year.