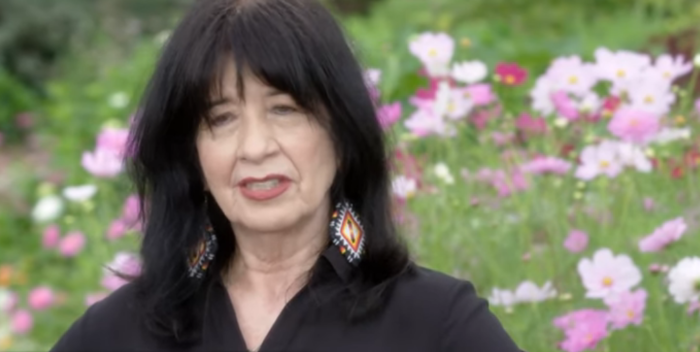 Inadvertently, the Biden-Harris inaugural committee snubbed the actual US Poet Laureate, Joy Harjo, of Oklahoma, Texas. Two and a half times the age of Gorman, Harjo is a much respected and published writer named the 23rd Poet Laureate two years ago by the Library of Congress.

Harjo, I’m told, was surprised this morning when she heard Gorman’s introduction. But she’s not upset. “It’s not her style,” says a source.

Still, the first Native American, a woman, as Poet Laureate? That was an opportunity kind of blown by the inaugural committee.

Harjo is the author of nine books of poetry, several other writings, and two memoirs including one I actually read years ago called “Crazy Brave.” She’s also a musician and a performer of note. She’s been interviewed by Oprah on TV, and Oprah recently selected an anthology she edited, “When the Light of the World was Sub­dued, Our Songs Came Through — A Nor­ton Anthol­o­gy of Native Nations Poet­ry,” as one of her favorite books of 2020.

Harjo’s appointment is no trivial thing. This is the pinnacle of success for a poet in America. Past laureates include such superstars as Robert Penn Warren, Louise Gluck, Stanley Kunitz, Robert Lowell, Maxine Kumin, James Dickey, and, of course, Robert Frost.

Appearing on the Inauguration certainly turned Gorman into a star. Now she has two books at the top of the Amazon best seller lists.