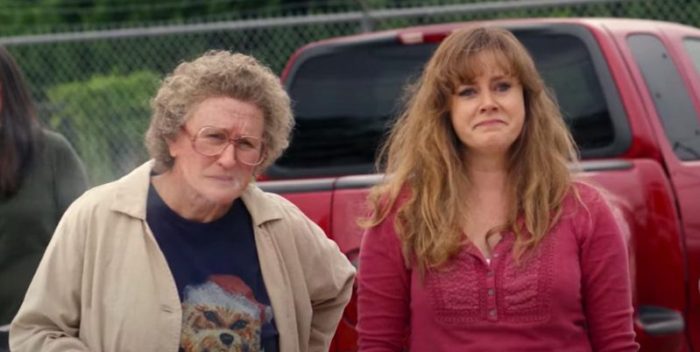 EXCLUSIVE I wanted to review Ron Howard’s “Hillbilly Elegy,” which I enjoyed for its performances and intelligence. But then I started reading Film Twitter, and Rotten Tomatoes (where my review would be posted) and I’ll tell, I got scared. When the community turns against a film, it’s with a vengeance. Rarely have I read so much venom on the page.

Do I know anything about Appalachia? No. I never heard of this book or its author. But there is rage against both from people I’m not sure know more than I do about this subject.

What I do know is that Amy Adams and Glenn Close deliver top notch work in “Hillbilly Elegy,” as a drug addict mother and her no-nonsense practical mother. For one thing, they sure look like the real like women they’re playing. For another, the actresses’ innate talents are on display in abundance. If the seething toward author J. D. Vance weren’t so palpable, Adams and Close would be in the Oscar mix right up front.

So what to do? I had to find an expert, someone who knew something about this area. Enter Vonda Chancey, the retired Postmaster for Appalachia, who was in the thick of it for 26 years. She has even done little acting. (She was in “The Last Movie Star” with Burt Reynolds, directed by Adam Rifkin.) I found her online by accident. She has nothing to do with “Hillbilly Elegy,” other than reading the book and seeing the movie.

Vonda lives in Knoxville, Tennessee now, which she says is a “big step up” from her roots.  She was born in Grandy, Virginia but spent most of her life in Elkhorn City, Kentucky. She worked in the postal system for 26 years. Her accent is so thick, she says when she orders pizza “they think I’m Dolly Parton!” And she says everything she saw in the movie was true although “I liked the book better.”

First, the cinematic aspects: she says Glenn Close’s Maw-maw reminded her of her own mother. “She was fantastic. She even looked like her,” Vonda says. “She was a strong, mean woman.” Vonda says she’s known plenty of grandmothers who took in their kids’ children to save them. Vonda herself was a foster mother to children of a fellow employee lost custody of her kids. “I’ve always had a mind to help people,” she told me.

Chancey talked me to a lot about the destruction drugs have caused in that part of the country. “Drugs destroyed the area. You don’t know what you’ll do to survive.”

We talked politics. The Obama Administration is credited with ending the coal industry, she said. And “nothing replaced it except drugs.” Is it Trump country, I asked? “Trump gave them hope,” she said, even though it came to nothing in the end.

“Now when I drive up my road I just see empty houses, either from death or the people just moved away.” Why does she think Appalachians don’t like the movie, I asked? “They’re very proudful people. These people aren’t begging. They don’t want a hand out. They want a hand.” She’s seen people wait on line patiently to get free toys for their kids.

Vonda met J.D. Vance once, briefly, at a book signing. But I can see she identifies with him, at least superficially. “I was an outside, I was rebellious,” she said. She was married briefly at 16 because her father told her she had to do it. She’s been married several times since then, but she got out. She says the movie is “accurate.”

“There are so many intelligent kids going to waste,” she told me. “There’s no mentoring, there’s nothing.” She adds: “You don’t know what you’ll do to survive.”