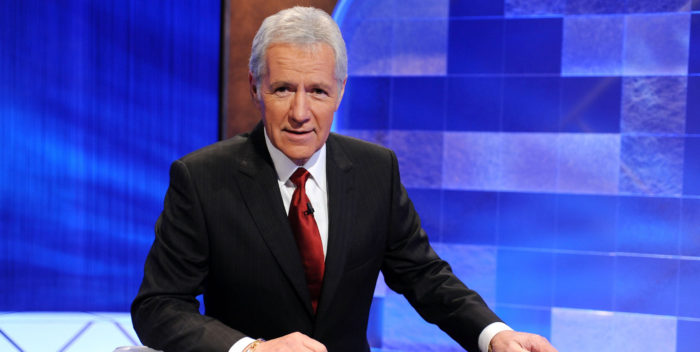 Alex Trebek got a Grammy nomination this afternoon, but even something better.

Ratings for “Jeopardy!” for the week following the beloved game show host’s death shot up 22% to 6 million. The show is number 1 among all syndicated shows. Frankly, with 6 million viewers, it’s doing better than most prime time network shows.

“The Ellen Show” has stayed the same for weeks with 1.2 million viewers. At least it’s not losing fans. But Drew Barrymore is struggling with 600,000 average weekly viewers.

“Judge Judy” finished second of all shows with 5.9 viewers right behind “Jeopardy!” Usually the Judge is number 1. But even her numbers increased 9% from the week before. Judy’s spin off show, “Hot Bench,” which Drew Barrymore replaced, continues to do a very strong 1.7 million. Even though CBS Paramount owns “Drew Barrymore,” it won’t be long before stations will ask for “Hot Bench” back if “Drew” doesn’t pick up steam.

Ken Jennings has a lot of pressure on him when he takes over “Jeopardy!” on January 11th. But my guess is the publicity will be so strong he’ll do very well. And the “Jeopardy!” producers will be smart to keep the In Memory of Trebek card up at the end and have Alex in the opening montage at least until June.

PS Did anyone see Trebek tap dance on Monday’s show? The man was very ill, and he still looked great. I have a whole new admiration for him. That’s a star!