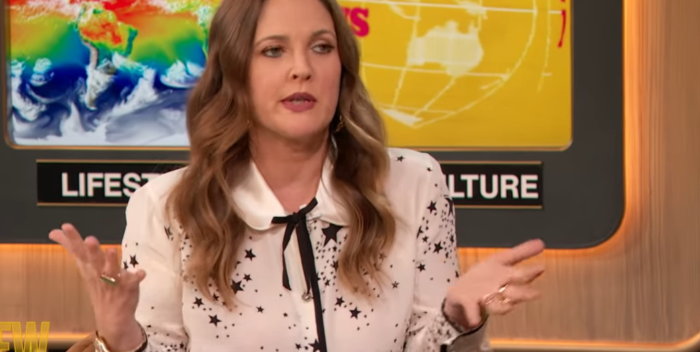 The TV syndication ratings are in, and they show a tough world if you live by numbers.

Drew Barrymore’s talk show is certainly struggling in its third week. It dropped 17% from 600,000 to 500,000 viewers last week, down from a premiere week of 800,000. To make matters worse, while Drew is trying to keep her audience from drifting away, her main time frame competitor, “Live with Kelly and Ryan,” is booming. Their ratings are actually going up! “Live” went up 13% last week and jumped over “Dr. Phil” to be the number 1 talk show in syndication. “Drew” consequently fell to number 11.

Shoving Drew in at 9am against “Live” is not going to work, obviously. The best competition for “Live” was the counter programming of “Hot Bench.” That show is pulling in 1.6 million viewers each week.

“Drew,” by the way, featured “SNL” actor Chloe Fineman yesterday. Chloe is doing a parody of Drew on “SNL.” Of course, no one mentioned that Drew’s producer is Nancy Juvonen, talented wife of Jimmy Fallon, whose own late night talk show shares a an executive producer with “SNL”– uh, Lorne Michaels.

And what about Ellen DeGeneres? Well, she’s holding steady with 1.2 million viewers. There’s no big fall out from her scandal. We keep waiting. But it ain’t happening. If “The Ellen Show” lives through this season, number 17, she’ll probably make it to 20 seasons. Every week she gets into the season, the scandal recedes. Interesting, no?

Here’s the Drew interview with Chloe Fineman. Drew is all bubbly as usual. But if you notice, there’s not much of an “SNL” clip here. I’m not so sure she loved the parody that much after all.