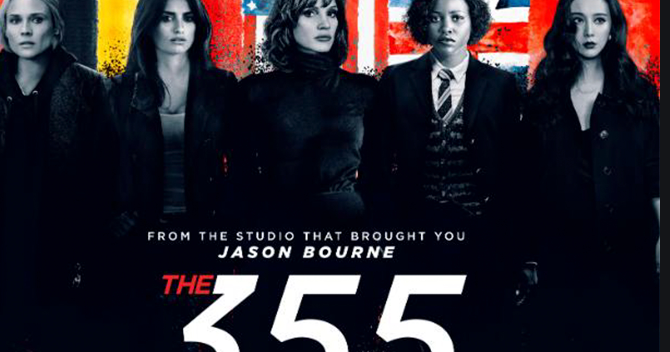 When Jessica Chastain was organizing this film, I knew she was determined to pull off a big studio blockbuster with women in charge. And from the looks of the trailer for “The 355,” she’s done it. This is some gang, too: Penelope Cruz, Diane Kruger, Lupita Nyong’o, Bingbing Fan, plus Sebastian Stan and Edgar Ramirez. Directed by Simon Kinberg, who knows how to do these things. From Universal Pictures, one day, when we can see it on a big screen. Although this movie looks like it could have a great life on drive in screens!

Congrats to Jessica, who is a powerhouse, and was completely overlooked for “Molly’s Game.” She’s our future in this movie world!

As the action rockets around the globe from the cafes of Paris to the markets of Morocco to the wealth and glamour of Shanghai, the quartet of women will forge a tenuous loyalty that could protect the world—or get them killed.

The film also stars Sebastian Stan (Avengers: Endgame) and Edgar Ramírez (The Girl on the Train).

The 355 is directed by genre-defying filmmaker Simon Kinberg (writer-director-producer of Dark Phoenix, producer of Deadpool and The Martian and writer-producer of the X-Men films), from a script by Theresa Rebeck (NBC’s Smash, Trouble) and Kinberg, and is produced by Chastain and Kelly Carmichael for Chastain’s Freckle Films and by Kinberg for his Genre Films. The film is executive produced by Richard Hewitt (Bohemian Rhapsody).