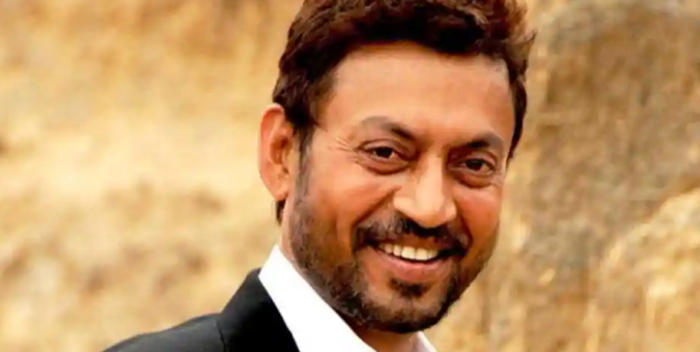 We’re waking up in New York to news that the great Indian actor Irrfan Khan has died in India at age 53. Two years ago he he was diagnosed with an neuroendocrine brain tumor. Somehow he managed to make one more film, called “Angrezi Medium,” that looks terrific. I hope it will get a western release with subtitles (although some of it is in English).

I met Irrfan when he starred in Mira Nair’s extraordinary film, “The Namesake,” in 2006. He’d been a star in India since debuting in Nair’s “Salaam Bombay” (now sadly known as “Hello, Bombay!” on the imdb). In the intervening years he’d become a big Bollywood star. But “The Namesake” was in English, and had all the right elements. Irrfan took off like a rocket.

I remember that after we met and I interviewed him in Toronto, we ran into each other in quick succession in New York and Los Angeles. Irrfan was laughing. “Wait,” he said, “I see you there and there and now here! How is that possible?” He was kidding, but wide eyed.

Two years later he starred in “Slumdog Millionaire” as the police detective who’s interviewing Dev Patel, and the rest was history.

Irrfan’s trajectory from then on was pretty incredible. He just never stopped working, whether it was in comedy or drama, Western or Eastern films. And he never changed. He was always that wide eyed happy presence with a gift for making his roles come alive and resonate on film. I was really thrilled when he turned up in “Jurassic World,” and we had a good laugh about how far he’d come. Among his other films were “Life of Pi,” and “The Mighty Heart,” with Angelina Jolie.

But he couldn’t beat the cancer. According to reports he was admitted admitted into the intensive care unit of Mumbai’s Kokilaben hospital on Tuesday with a colon infection. Irrfan is survived by his wife, Sutapa, and sons, Babil and Ayan. I doubt they will ever read this, but I hope they know how loved and respected Irrfan was, and what a loss this for movies and the friends he made over here.

PS Kal Penn, his “Namesake” co-star wrote on Twitter: “Irrfan’s art and humanity will be badly missed. Never seen someone use the beats of silence so beautifully to convey so much about who we are. Sending love to Sutapa and the family.”