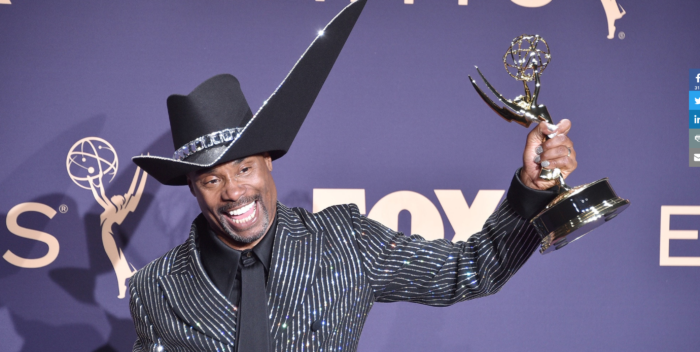 Billy Porter has camped it up so much the last couple of years that we almost forgot why he won a Tony Award. He’s actually a very talented singer.

Now he’s recorded a cover of Stephen Stills’s Buffalo Springfield classic “For What It’s Worth.” Billy’s dumped the artifice and gotten serious on this one, and it’s a relief. Even Stills gave approval. The song is produced by Zack Arnett (not the football player/coach) for Arnett Music and executive produced by Bill Butler and Carmen Cacciatore for The Butler Music Company Inc.

Let’s hope if Billy performs this somewhere, it’s not in a gold lame dress. This is too good to have distractions.

Actually I did find a video of him performing the song at Cyndi Lauper’s house last December. That version, and then the better studio version, follow: