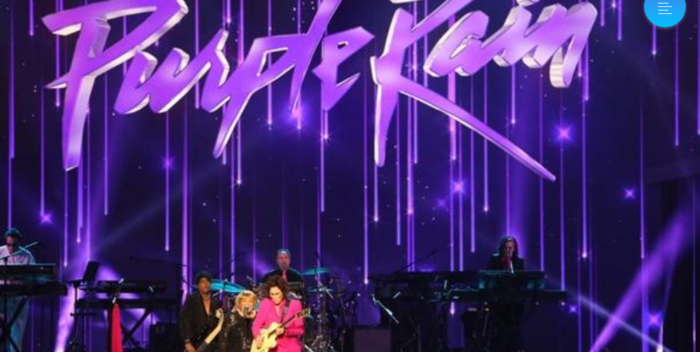 “Let’s Go Crazy: A Grammy Tribute” to Prince scored 6.5 mil viewers, finishing 2nd in overall viewers to a “NCIS” rerun. But the music special was number 1 in the younger demos. So flip the coin. It’s a win on a slow night.

The Grammy salute to Prince was, let’s say, tepid. With the exception of a sizzling Gary Clark Jr. and an uncredited Wendy Melvoin, the 4th anniversary of Prince’s death must have amused him in heaven.

For one thing, Sheila E., unquestionably talented, emerged as sort of his music widow, the Yoko Ono with a raspberry beret. Music director of the show, she was prominently featured for the whole two hours including a whole segment just for her. Talk  about the glamorous life!

Wendy Melvoin, one half of Wendy & Lisa, the main part of the Revolution, Prince’s famous band, didn’t really emerge until late in the second hour as a lead guitarist in the house band. She was not identified. Where was Lisa? I didn’t see her. I’m sure I’ll get email about some feud going on.

Also missing were Chaka Khan, Sinead O’Connor, Cyndi Lauper, Janet Jackson, all of whom had seminal hits with Prince songs. Alicia Keys, who’d hosted the Grammys two nights before this tribute, offered a pre-taped intro to Usher’s pre-taped medley of hits from Grammy night. This is Ken Ehrlich’s famous trick. He did it last year with Diana Ross to get her on the Motown special, and Jennifer Lopez, as well. CBS has such an older demo, I worry they’re thinking they have dementia seeing the same material in a music special just two months later.

Anyway. The music production was very good for a CBS special, incredibly tame for Prince. Susanna Hoffs and Chris Martin repurposed the song Prince gave her, “Manic Monday,” as a ballad, which was musical but not manic.  Somehow, while fun to hear, Prince’s catalog got a middle of the road high gloss. All of his edgy parts were buffed out. But maybe that’s what happens over time.

One moment, though, that will stand out forever: Mavis Staples, in one of her best showings, led the band and company through “Purple Rain” like a warrior. She reminded me of Tina Turner in “Mad Max.” God bless her, she’s 80, and only triumphs. She was worth the wait during the soggy second hour.

I thought it was interesting that CBS scheduled the Prince special against the final episode of “Empire” over on Fox. It was like, let’s dilute the black audience by pitting these shows against each other.