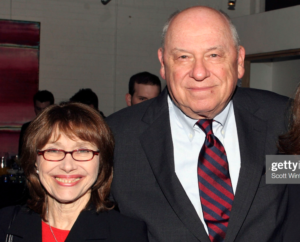 EXCLUSIVE The New York Times, New York Magazine, Vanity Fair, even the Hartford Courant– not one of them has written an actual story about Jennifer Farber Dulos, missing and presumed dead since last May. Her husband, Fotis Dulos, is presumed to have killed her up in really ritzy New Canaan, Connecticut. But he’s recently committed suicide while in custody. The Connecticut police list Jennifer as missing and have not been able to solve the case, locate her body, anything.

Jennifer’s five children, say all the media, are living with Jennifer’s mother, Gloria, in New York in her Fifth Avenue apartment. But who is Gloria Farber? Recently, Gloria filed papers to get child support from Fotos Dulos’s estate. But the estate of her dead son in law was revealed to be worth less than $300. He owed millions, including to Gloria’s late husband.The Farber-Dulos house is for sale for $2.9 million.

Gloria, however, does not need child support to raise her five grandkids.

Indeed, Gloria Farber, 80 years old, is living in an apartment on Fifth Avenue in the East 70s appraised at around $7 million. She also owns a comparable estate in Pound Ridge, New York that’s of architectural significance. So hold on just a minute.

In the old days, those journals I mentioned would have been all over the Dulos-Farber story. For some reason, it remains untold. 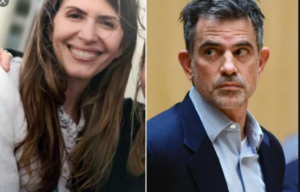 When Jennifer’s father, Hilliard Farber, died in 2017 at age 83, he was a very rich man. In 2008 he’d sold the Wall Street firm he founded, Hilliard Farber & Co. Inc., a voice brokerage company, “which was known for its reputation and industry expertise,” according to Wikipedia, to TradeWeb for undisclosed sum in the millions. A published SEC report figured the firm was worth $10 million in 2009.

According to his obituary: “He started his career at the Chase Manhattan Bank and quickly rose to be their youngest Senior Vice President, heading their bond trading desk. While at the bank, he was invited to serve as a Brookings Fellow in Washington, DC in 1964.” He left Chase in 1974 under the cloud of a scandal, and started his own company in 1975.

The Farbers were no slouches in society. It didn’t hurt that Gloria’s brother, Arthur, was married to designer Liz Claiborne, with whom he created a fashion empire beginning in 1957. Liz Claiborne died in 2007, Arthur Ortenberg in 2014. The lack of media attention about the Farbers is most unusual, too, since Arthur Ortenberg’s girlfriend after Claiborne died was Cathy Horyn, the long time fashion editor of the New York Times.

With her husband, brother, and now daughter gone, Gloria Farber has been left to deal with the unthinkable on her own. (She has another daughter, Melissa.) But she’s up to the challenge. According to Hilliard Farber’s obit, the couple were longtime benefactors of St. Ann`s School in Brooklyn Heights, where Hilliard served on the board for 31 years. The St. Ann’s Lower School building,opened in 2003, is named in his and Gloria’s honor. The Farbers also supported CARING at Columbia, a program to assist at risk children. At the time of Hilliard’s death, Gloria served as chairperson.

So the five Dulos children — Petros, Theodore, Christiane, Constantine, and Cleopatra Noelle — have lost their parents in the worst possible ways, but they are insulated from the very grim realities of real life. Gloria Farber lives in a massive aerie at 980 Fifth Avenue. With spectacular views of the city and Central Park, Farber’s home is said to be worth north of $7.5 million. The apartment above sold most recently for $6.1 million. Three floors above went for $8.1 million.

Out of the apartment, the Farbers also ran a 501 c(3) called the Gloria and Hilliard Family Foundation. In the year ending June 2016, before Hilliard died, total assets were listed at just over $1 million. That was down from $1.3 million in 2014.

The Fifth Avenue spread is not the only Farber home. More suited to five rambunctious children would be their Pound Ridge estate. From reading lists it looks like Gloria put it up for sale after Hilliard’s death, but it’s off the market now. They bought the property in 1998 for just under $3 million. It’s a modern lakefront home that looks pretty spectacular from the videos on YouTube. (See below.)

Fotis Dulos must have thought a dead wife would cancel his loans to his in-laws, and reap him a whole new life with his girlfriend. It didn’t work out that way. But at least the kids can concentrate on grief for their mother. They will never have to worry about having a roof– or roofs– over their heads.

Got any info on the Farbers? Email me at showbiz411@gmail.com. Until Jennifer Farber Dulos is found, and the mystery of her death is solved, her tragic story remains an unfinished saga.