Exclusive: Justin Bieber’s sales numbers, which I’ve been writing about this week, are really, really in trouble.

His concert ticket sales are very poor, and some are wondering if promoters will be able to use the Coronavirus as an excuse if things really go south. Imagine arenas full of rock fans wearing masks.

This happens, as it did recently to Coldplay, which struck out in week 1 with its most recent release. But Coldplay, wisely, cancelled their tour, realizing that if no one wanted the album they weren’t going to buy tickets to hear the group play those songs.

Bieber, however, has a tour starting May 14th, and it’s in trouble. Tickets are not selling. In every venue, huge chunks of seats are just sitting there, unsold. Bieber’s “Intentions” may be good, but the reality is not. Increasing fear of the Coronavirus may be used as an excuse, even if it’s unfounded.

Also, the “Love” tour is all in arenas that have cut the seating in half at each theater. Arenas can do this; they drape off all the seats behind the stage, so as to cut down on lost sales. At the Meadlowlands in New Jersey, Bieber’s show in September has been cut way down.

But the cut downs don’t matter, as the remaining seats– except for floor seats– are not moving.

For the first show, in Seattle on May 14th, huge swaths of seats are still available. On Stubhub, the cheapest ticket is $41, and falling. See below. This is in contrast to Harry Styles’s tour, which is solidly sold out for most of its run, even if the secondary market is going crazy. 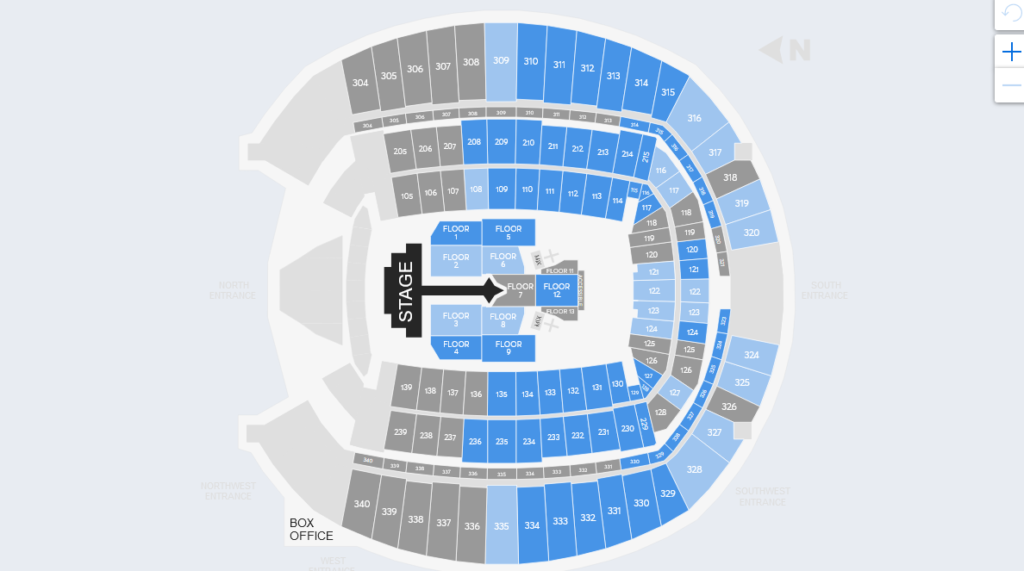 Things get even worse for Bieber a couple of weeks later in Las Vegas, on June 2nd, where the solid blue indicates hundreds of seats still waiting to be sold. It’s going to be a long, tough summer for Justin unless there’s some renewed interest in “Changes,” or the tour. Stay tuned. PS Hitsdailydouble must have seen my piece from last week, because they ran a “blind” item about faltering tours the other day. 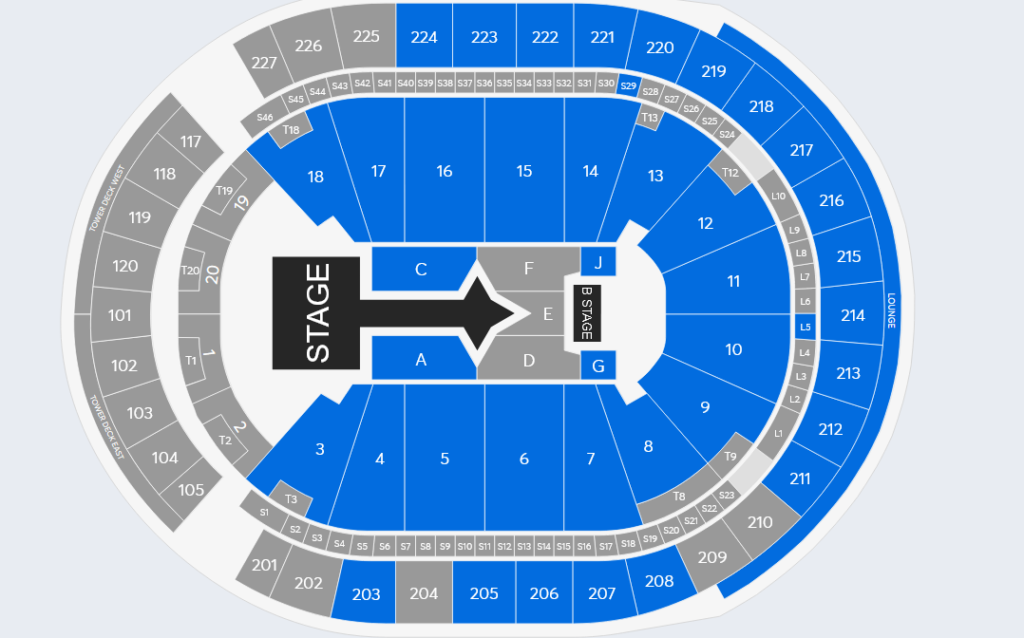