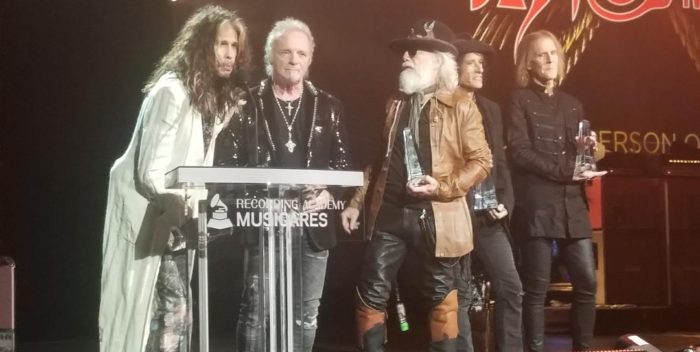 The phenomenal annual Musicares Person of the Year dinner on Grammy weekend has always felt like a community event– even with 3,000 people jammed into tables at the LA Convention Center. Grammy chief Neil Portnow would make a grand welcoming speech, and later return to present the evening’s honoree with their award. He’d also introduce the Musicares chief, Dana Tomarken, who’d address the room triumphantly with her annual report on the charity’s success. 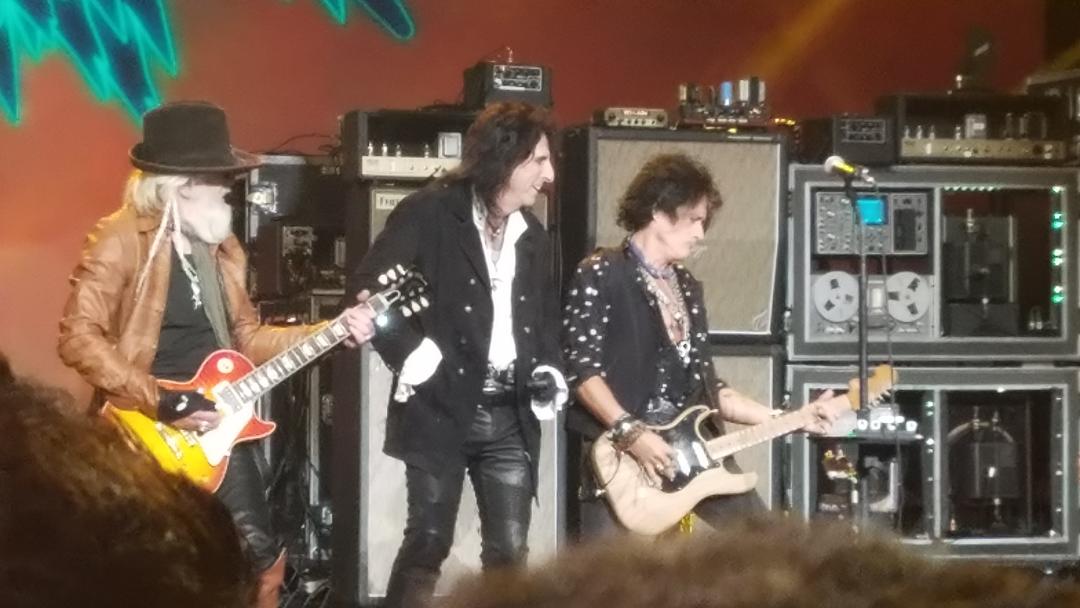 But Portnow and Tomarken are gone. There is no one running either the Grammys or Musicares. After a bruising week of crazy public allegations, the music industry is in a kind of free fall. No one can quite figure out what to say or do, although the subject of the scandals was the topic of conversation at every table last night despite the presence of dozens of stars  and electrifying, memorable performances.

Luckily, Musicares always has a head of board member from the biz, so Amazon Music’s Steve Boom proved to be a welcome host to open the show. And later, not one but two of the women from the Grammys executive committee, Tammy Hurt and Christine Albert, eloquently handed out the Person of the Year statues to the members of Aerosmith. They were preceded by board member Dina LaPolt, who stole the show delivering a sensational toast to the group. (She’s also Steven Tyler’s long time lawyer and great pal.)

So women were in force, which was smart, since their presence sent a signal that Music Really Does Care. Female performers singing Aerosmith songs really stood out. They included Melissa Etheridge, Kesha, Le Ann Rimes, HER, Jessie J, Ashley McBryde, Yola, and Emily King, all of whom were equal to or better than their male counterparts in presenting the  Aerosmith songbook. In fact, they “killed.” (Wait til Yola really hits in the US. Wow!)

HER (I wish she didn’t use that name anymore– it’s Gabrielle Wilson– was simply amazing playing guitar with Tyler on piano for “Dream On” and Joe Perry riffing in and out. She has really come on fast as a superstar.)

And then, of course, the men: Alice Cooper and Johnny Depp joined Aerosmith on stage for their big numbers at the end like “Sweet Emotion.” Gavin DeGraw — chosen by Tyler for night– grabbed the audience by the throat and pulled Steven into an impromptu duet from his table on “What it Takes”), the ubiquitous John Legend solo’d with grace on “I Don’t Want to Miss a Thing.” The Jonas Brothers– the poppy Jonas Brothers– surprised the audience with their rock chops on “Crazy.” Foo Fighters were so good, they got two numbers: “Toys in the Attic” and “Let the Music Do the Talking.”

MIA: John Mayer, advertised, but a no show.

Russell Brand, hired for comedic relief for the night, riffed on a number of rock star subjects. He did say that Aerosmith made it possible for people like him to “dress like this” (sort of gypsy-like clothing). His running routine for the night was to recount Steven Tyler’s favorite drugs. Tyler, however, has been clean and sober for years, so I don’t know much he liked that.

Something new about the night: a lot of people from outside the music world who’d bought tickets who just wanted be there. Outside of one lout at the front table, they were all really nice, especially a couple from Miami who came for the music. They made a wise donation to a charity — unaffected by scandal — that means so much to musicians who don’t have insurance for medical emergencies, substance abuse treatment, or sudden loss of income. Very, very nice.