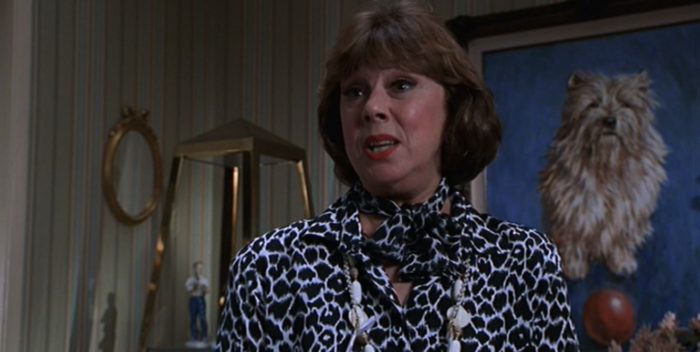 A great light has gone out on Broadway: Phyllis Newman, Tony winner and widow of famed lyricist Adolph Green, has died at age 86. She was one of the greats, the most delightful and witty woman, a leader in promoting women’s health care, and mother to Broadway composer Amanda Green and her brother, Adam, who writes for The New Yorker.

Phyllis’s Tony Award came in 1962 for the musical, “Subways are for Sleeping.” But her long and stellar career included many notable roles. She was also Johnny Carson’s first ever female fill in host on “The Tonight Show,” even before Joan Rivers.

She was nominated for a Tony again some 25 years later for playing Aunt Blanche in Neil Simon’s “Broadway Bound.” In between there were many other highlights on Broadway including “On the Town” in 1971 and a one woman show in 1979 titled “The Madwoman of Central Park West.” Phyllis also had a number of movie and TV roles including a recurring role on Sidney Lumet’s “100 Centre St.” and “thirtysomething” (she played Michael Steadman’s mom).

What a life! And what an honor that I got to know her in the last two decades. One night I was invited to the Museum of Natural History to play an elaborate game invented by Stephen Sondheim for charity. A lot of A list Broadway people came. But Phyllis, wearing her portable oxygen, was the star of the night and the winner. She was absolutely charming and the most fun. We laughed all night at her intimate knowledge of the Sondheim mind!

The love of Phyllis’s life was Adolph Green, one half of the famed songwriting team with Betty Comden. Comden and Green wrote “Singin’ in the Rain” and “On the Town,” among other great shows. Phyllis was considerably younger than Comden and Green, and kept their torch burning even after they were gone. Now she joins so many legends and luminaries whom we’ll never be able to replace. They were each one of a kind!

I ‘m sure the lights will be dimmed on Broadway this week for this great lady!