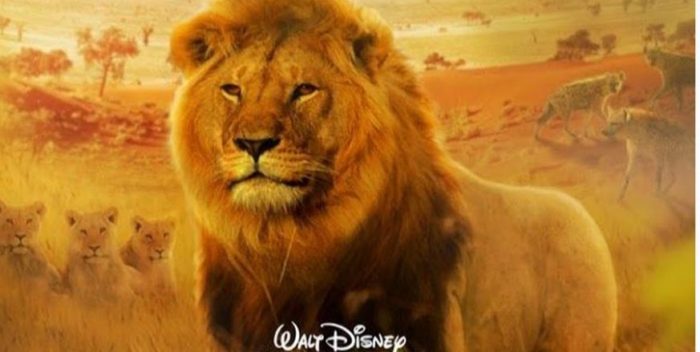 The new “Lion King” is visually stunning. So said everyone who saw the movie in Los Angeles at the premiere, and a smattering of critics in New York.

But now the reviews are being published officially, and Jon Favreau’s reboot of the beloved 1994 animated film is being panned. Critics and contributors to Rotten Tomatoes have given it a score of 57. I agree with that number.

The new “Lion King,” I am sorry to say, is grim and dark. It’s not the buoyant celebration of life created for the stage by Julie Taymor, or the vibrant colorful explosion of love seen in the original film.

Instead, this “Lion King” features live lions, cubs, hyenas, mixed with some CGI characters. Caleb Deschanel, coming off his Oscar win for the masterpiece “Never Look Away,” found only grays and blues on this run, and not the buttery yellows, violets, and reds I’ve seen on two trips to southern Africa. Indeed, nothing about “The Lion King” looks African. It looks corporate.

What a strange turn of events for Favreau and company. There was no need to remake “The Lion King” other than to siphon more money. At least with “Aladdin,” Disney could bring the characters to life from animation. But bringing jungle beasts to life is a different story. You can bring a cub to water but you can’t make him drink. Or smile. The result is that “The Lion King” feels like a National Geographic documentary with narration sort of synched to close-ups.

But these beasts aren’t being observed, a la Jean-Jacques Annaud’s “The Bear.” They’re being manipulated to “act.” Some take direction well, others not so much. I suppose in some scenes, when there are stampedes and so on, it’s exciting. But two lions just hanging around not chatting, it’s weird.

Then there’s the music. Since the animals can’t really act, they also can’t be choreographed. The great “Lion King” music is playing, Beyonce and Donald Glover are singing it, but there’s a lifelessness that can’t be ignored. The song that comes off the best is Elton John’s new closer, “Never Too Late,” because it’s over the credits. It doesn’t require watching anyone perform it.

This isn’t to say that “The Lion King” won’t be a hit. It will. People will go– for the brand. They’ll go for Beyonce’s participation. I did find Mufasa’s exit from the story moving, oddly, because James Earl Jones and Chewetel Ejiofor put all of themselves into it. And, of course, Seth Rogen and Billy Eichner make the most of the comic relief characters, Pumaa and Timon.

As for James Earl Jones, just one last word: he is remarkable. A quarter century ago he was Mufasa, and now he’s done it again. He sets up the movie. This is really acting. It’s not just that his deep rumbling baritone is comforting as maple syrup, yet still commanding. Whatever emotions there are in “The Lion King” emanate from him. He’s already received the honorary Oscar and SAG Award. Is there anything we can do for him? We are in awe, and in his debt.