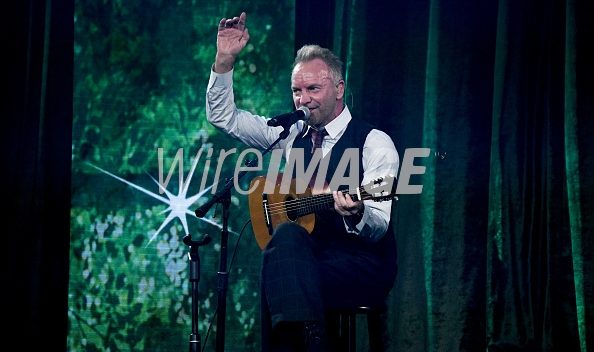 Mucho congrats to Sting. His song, “Every Breath You Take,” is now the most played radio song ever according to BMI. The Police hit from 1983 has eclipsed the Righteous Brothers’ “You’ve Lost That Lovin’ Feeling,” which held the record for at least 22 years (longer, I think).

It’s quite an amazing accomplishment. “Every Breath” now stands at 15 million plays on radio, jumping over Barry Mann and Cynthia Weil’s classic.

Sting received the honor at a special  ceremony Tuesday night at the Beverly Wilshire Hotel with wife Trudie Styler by his side. He told the crowd, “I am so deeply proud to be a member of this community of songwriters. There’s a rare nobility in this profession that is more than just mere entertainment, and I believe it has something to do with the form of a song.”

Then he gave the attendees a solo acoustic performance of the song that P Diddy used for his 1995 smash hit “I’ll Be Missing You.”

Sting’s many legacies include writing songs that will last, well, forever. Remember a few months ago Paul McCartney said an interview the one song he wished he’d written was “Fragile.” I hope the Library of Congress chooses him for the 2020 Gershwin Prize. And PS on May 24 he releases “My Songs,” reimagined versions of many of his best piece.

The Most Played Song for 2018 was Bebe Rexha’s “Meant to Be.” Tyler Hubbard and Joshua Miller wrote it with her. We’ll see in the future if that one is indeed “meant to be” on an all time list.

This was the list of Most Played Songs ending 1999. “Every Breath” Jumped 15 spots over 19 years: 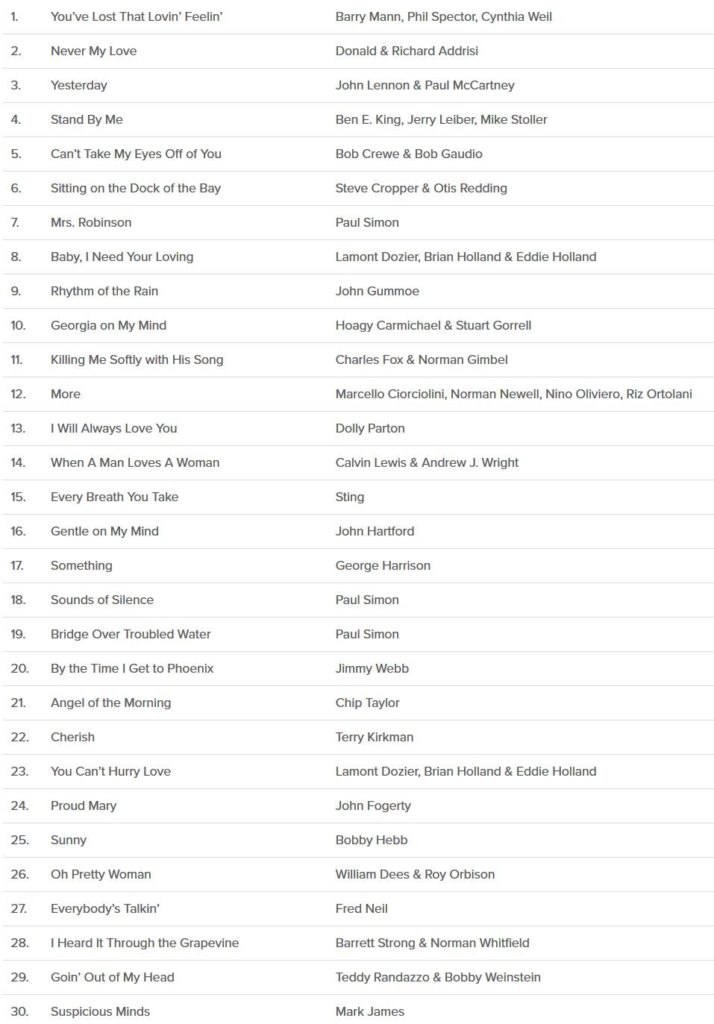