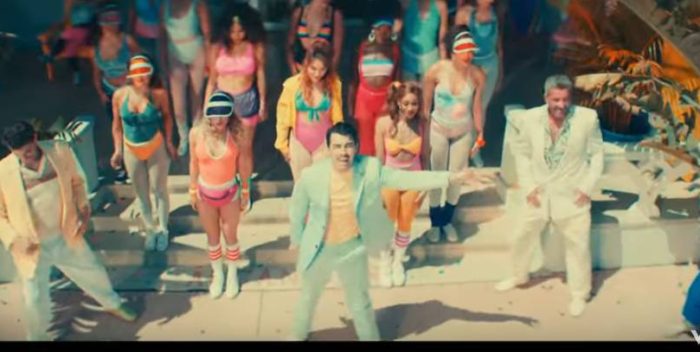 “I’m sitting here winning like Game of Thrones,” Joe Jonas sings in the new video from the Jonas Brothers. The song is called “Cool,” it follows the number 1 hit, “Sucker.” The song plays on Joe’s upcoming June wedding in the south of France (Provence) to Sophie Turner, who’s on “Game of Thrones.”

“Cool” and “Sucker” are leading to a Jonas Brothers summer album. Whoever’s guiding this project is doing a golden job. When they were kids the Jonases never really had hits. Now they do, and they’re fun to hear, fun to watch.