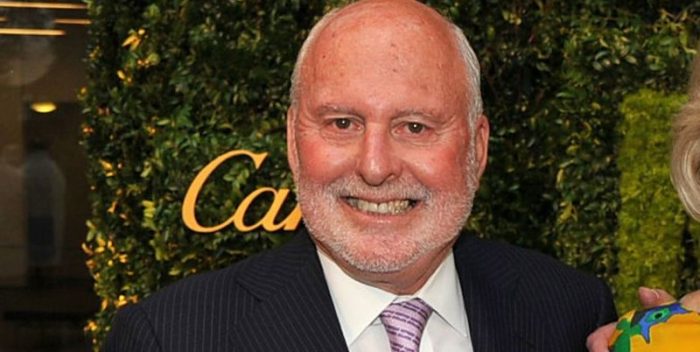 Most of Thursday was taken up with saying goodbye to a spectacular person, Michael Lynne, the co-chief of New Line Cinema. Bob Shaye started the company. Lynne joined him and they made magic together. Lynne died on Sunday at age 77 after a short, fierce battle with cancer. To make matters worse, his son, Jonathan, died of a heart attack age 49 last month. This could not be a crueler story about very fine people.

Temple Emanuel on Fifth Avenue is a very large space, but it was very full Thursday morning. There were plenty of people from New Line, and from Michael’s Bedell Wines in the Hamptons, lots of family and friends. But the most surprising appearance was from radio host Don Imus, connected to an oxygen tank. He came all the way from Texas to say goodbye. Extraordinary.

There were several speakers, including MoMA’s Glenn Lowery, real estate tycoon Steve Roth, and Broadway producer Roy Furman (who’d known Michael since they were kids). All the remembrances, especially those from Michael’s daughter, son-in-law, and three grandsons (ages 14, and twins, 10) were full of love. Lynne’s death is just a huge loss for everyone who knew him, and for the movie community. There was a lot of talk about golf, and wine, but also Michael’s passionate devotion to everything he did. He was described as a “whirling dervish” in the very best way.

After the service, Bob Shaye, Michael’s business partner for three decades, and his artist wife Eva, took a group of about 20 former New Liners to lunch at Avra on East 60th St. I was honored to be included in this group. No one had made a reservation. The place was already full and the staff looked a little shocked to see this gang waltz in. But Avra rose to the occasion, and there were many toasts and tears and anecdotes about New Line’s great successes– like “Lord of the Rings” — and even failures. New Line has been gone since 2008, but its legacy reverberates.

What a tribute to Michael the entire day turned out to be. One of his former disciples, Mark Kaufman, now runs Warner Theatricals, and is the producer of “Beetlejuice” on Broadway. He invited us to the first preview. It’s a comedy about death, that begins with a funeral. How appropriate. And yet I felt Michael’s hand guiding us to the Winter Garden after a tough day of saying goodbye. And you, he’d love this show. Sometimes, there’s a reason for everything that happens.

Michael Lynne joins a long list of friends I’ve said goodbye to over the decade, people I learned from and admired and who left us too soon. He will really be missed and always remembered.