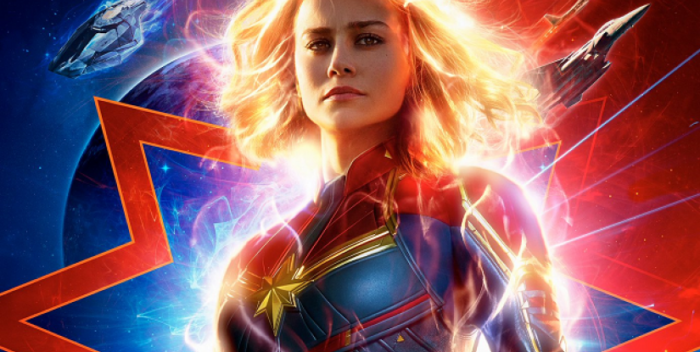 DC Comics had a blockbuster in “Wonder Woman.”

Now Marvel Comics movies has one coming in “Captain Marvel.”

The Brie Larson-starring movie scored $20 million in previews last night. The projections now are in the $150 million range for Friday through Sunday including last night.

That’s a big chunk of change considering a B plus like ranking of 85 on Rotten Tomatoes. The movie had a lot of naysayers trying to kill it (not sure why). But early indications are that didn’t matter.

If “Captain Marvel” turns out to be a $500 million movie. it will have an asterisk sort of connection to “Bohemian Rhapsody,” which made over $700 million. The stars of both movies, Brie Larson and Rami Malek, started out in a film few have ever seen called “Short Term 12.” They’ve each won Oscars in lead roles since then.

Daniel Destin Cretton directed “Short Term 12,” which made just $1 million in 2013.  Cinedigm, a digital company, distributed it. Another star was Lakeith Stanfield, who was such a hit this year in “Sorry to Bother You.” I think the casting directors for “Short Term 12”– Kerry Barden, Paul Schnee, and Rich Delia– deserve a prize of some kind.