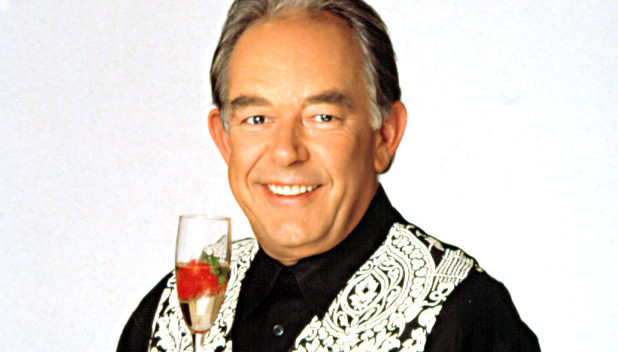 May I tell you something? Robin Leach was a great guy. Despite the pompous TV persona, he was so much fun and a very good friend. He would do anything for you. I am sad to read that he has died at age 76. I didn’t know he’d had a stroke last November.

“Sad to report the death of famed celeb reporter, friend and colleague #RobinLeach @ 1:50 a.m. in #LasVegas. He would have been 77 Wednesday. He suffered a second stroke Monday. He in hospice care. He’d been hospitalized since Nov. 21, after suffering a stroke in Cabo San Lucas.

Statement from #RobinLeach family: “Despite the past 10 months, what a beautiful life he had. Our Dad, Grandpa, Brother, Uncle and friend Robin Leach passed away peacefully last night at 1:50 a.m. More from #RobinLeach family: “Everyone’s support and love over the past, almost one year, has been incredible and we are so grateful. Memorial arrangements to follow. With love, Steven, Gregg and Rick Leach.”

Robin captured the gestalt of the crazy 1980s with his tag line “Champagne wishes and caviar dreams.” He understood the “Dynasty” era, the Donald Trump era, of gross and excess wealth. He just loved all of it, and knew that the aspirational quality of his show would draw fans.

He was also a family man, and had three stepsons who he doted on.

Robin, we will have a Champagne toast to you today! God speed! You will really be missed.