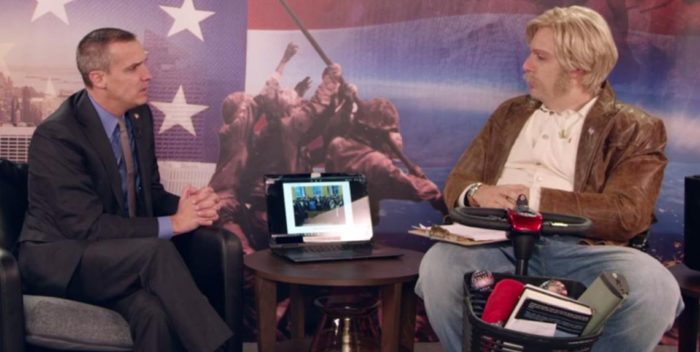 But Sacha Baron Cohen’s show is suffering from lack of advance promotion. Also, Cohen is not landing every punch. On Sunday he got nowhere trying to dupe Trumper Corey Lewandowski. Sacha struck out.

“Who is America?” also lost about a third of the viewers from its lead in on Showtime, “The Affair.” That show scored 595,000 viewers, a bug number for them as fans wanted to see how Allison (Ruth Wilson) died.

And what about Ruth Wilson? There’s more to the story of her exit from “The Affair” than complaining about pay parity. Stay tuned…