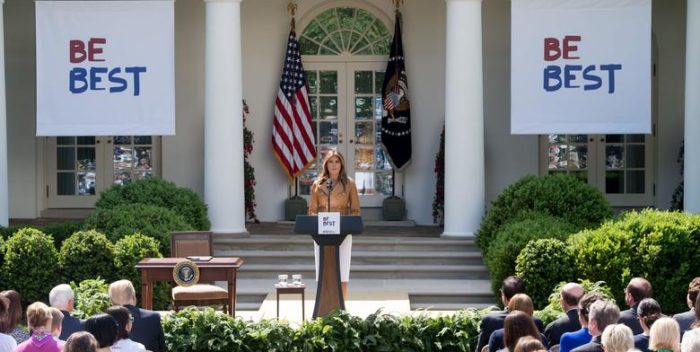 This afternoon, to kick it off, the Trumps attacked soon to be former daughter in law in the Rupert Murdoch-owned New York Post.

Vanessa Haydon Trump is divorcing Donald Jr. after fifteen years of marriage and five children. Don Jr. has been accused of cheating on Vanessa, repeatedly.

So this afternoon comes this “bombshell”: “Vanessa Trump’s First Love Was Member of Street Gang.”

It’s a hilarious attempt to besmirch the mother of five children by the President of the United States and his dopey son. At 15 Vanessa was friendly with a kid who became a member of the Latin Kings and went to prison for 16 months.

The Post writes: “And in an exclusive interview, Rivera told Page Six how Vanessa would help him drop off weed to friends by driving him around in her stepfather’s convertible with an illegal gun in the trunk.”

Does anyone really think a judge in this divorce won’t bunch this newsprint up and toss it in the garbage?

The Post — aided by Trump’s PR minions– reached back to Vanessa’s junior high school years to look for a scandal. This is what they got. They’ve connected her to the Latin Kings at the age of 15. Translation: she must be a bad mother and deserves no Trump money.

After her walk on the wild side, Vanessa Haydon dated Leonardo DiCaprio for a half second, then married Donald Trump Jr. Instead of joining the Latin Kings as a young Maria from West Side Story– ha ha– she had five children. Now she wants out from the Trump Mafia, but they’re not going to let her take the money and run without a fight.

What’s next in Vanessa’s dark history? Shoplifting in a mall? Knitting while driving? Jaywalking?

And don’t think this article didn’t come straight from the White House to the Post.  It was a great way to kick off the Be Best Campaign!