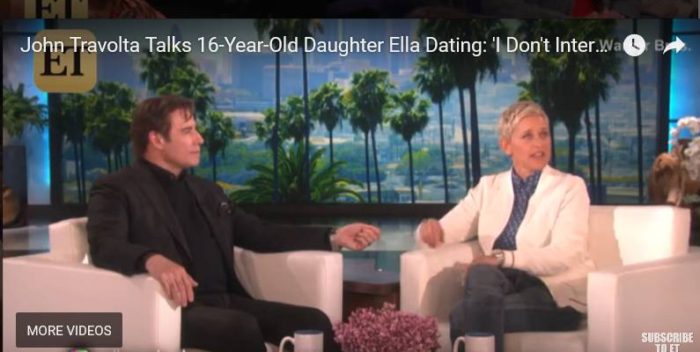 Jett was the 16 year old autistic son of John Travolta and Kelly Preston. He died after suffering a seizure and hitting his head on New Year’s 2009 at the Travolta’s Grand Bahama Island home.  For his whole life the Travolta’s insisted he suffered from Kawasaki Syndrome. In fact, as Travolta admitted when the police arrived after Jett’s death, was autistic. Scientology doesn’t believe in psychiatry or treatment of mental illness.

Travolta didn’t donate to his the foundation named for his son in 2015, either. That year Jett Travolta Foundation received two contributions: $100,000 from Muhammad Ali’s Celebrity Fight Night, and $50,000 from the LPGA in nearby Florida.

As for Ellen Degeneres’s donation, there’s no particular reason why the talk show host wrote the check other than to honor Jett’s memory. Travolta, Preston and daughter Ella did make a rare appearance together on “Ellen” on April 5, 2016.