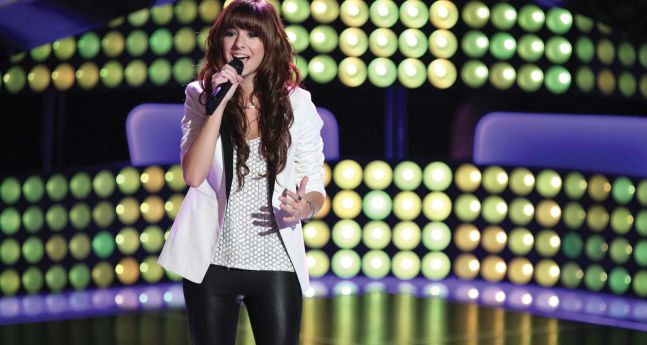 After rising pop singer Christina Grimmie– who’d competed on “The Voice” —  was murdered on June 10, 2016 after a show at the The Plaza Live Theater in Orlando (owned by The Orlando Philharmonic), her family sued both the Phil and promoter AEG. On Friday, a judge in Orange County. Florida ruled against AEG’s motion for dismissal, giving the Grimmies a chance to move forward.

Judge Kevin B. Weiss ru led that AEG’s motion to dismiss on five counts of negligence. H e wrote: Plaintiffs have provided numerous facts that, when taken as true, support the existence of a special relationship between AEG Live and Christina, including but not limited to payments made by AEG Live to Christina. Furthermore, Plaintiffs maintain that AEG Live contractually shared the management and control of the concert, including security, with Orlando Philharmonic Orchestra.”

Grimmie was shot three times by a fan, Kevin Loibl, who stood on line to meet her after her show. Grimmie’s brother Marcus wrestled Loibl to the ground but it was too late: Christina succumbed to her injuries later at the hospital. Loibl took his own life.

The Grimmies filed suit against AEG on five counts including breach of contract, negligence, and distress. As Christina’s career had taken off, the whole family went to work for her. They relied on her for income. Marcus, who functioned as a manager, said in the suit that he couldn’t sleep or eat after witnessing the attack and fighting off Loibl. The family also sued the Philharmonic.

The decision reads: “Plaintiffs claim that AEG Live had contracts with one or more of the artists involved
in the Spring/Summer 2016 Tour. In addition, Plaintiffs maintain that these alleged contracts,
which they have yet to receive from AEG Live, provide that AEG Live would provide security for
the artists on the tour to protect them from third parties at the venues where they performed.
Because AEG Live had the right and authority to manage and control the events, Plaintiffs contend
that AEG Live had a contractual obligation to implement and coordinate security measures. Thus,
Plaintiffs have sufficiently alleged this cause of action…”

The judge in his decision wrote: …”it is not for this Court to speculate whether the asserted
allegations are true or whether the pleader has the ability to prove them. Id. Rather, the sole
question for this Court to decide is “simply whether, assuming all the allegations in the complaint
to be true, the plaintiff would be entitled to the relief requested…”

The case now goes to the discovery phase, although it would seem AEG is in a difficult position now. It would seem likely that settlement negotiations may be next. The Grimmie family is represented by Brian Caplan of Reitler Kailas & Rosenblatt.