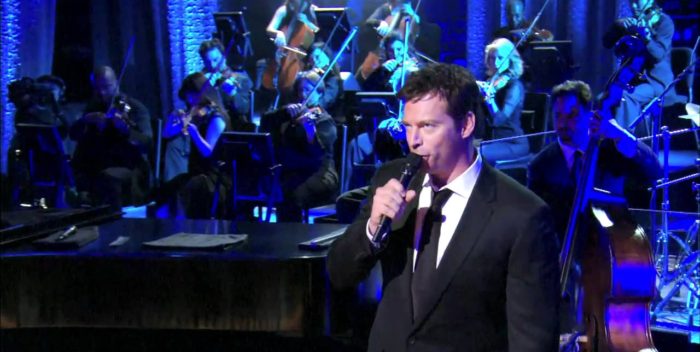 Don’t cry for Harry Connick, Jr. Today his talk show was cancelled, although it will still run into the summer. Harry’s show reminded me of late comic David Brenner’s show in the 80s– lots of amazing musical performances that I hope are preserved somewhere.

But Harry– he’s doing fine. Last week– “coincidentally”– it was announced that Connick would star in the musical version of the Oscar winning film, “The Sting.” The musical opens in late March at the Paper Mill Playhouse, where it will get a try out before either a national tour or a New York run in the fall.

What did you think was going to happen when you read that news? That Harry was going to do both the musical and the talk show. Not possible. And wait– it won’t be long before they ask him back to “American Idol” once the new version hits.

Connick was last on Broadway in a terrible show– a revival of “On a Clear Day.” That’s best forgotten. “The Sting” has an excellent team– Bob Martin from “The Drowsy Chaperone” wrote the book, the music is from the guys who did “Urinetown.” That show’s director, John Rando, is in charge and Warren Carlyle is choreographer. I hope we see some great dance numbers on the floor of that illegal betting hall.

My late great friend Julia Phillips produced the movie, “The Sting,” and won an Oscar. I hope she’s smiling from heaven that the project she killed to get made is having a new life.