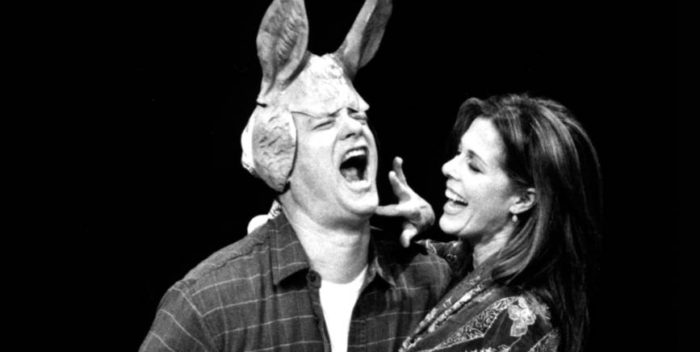 Tom Hanks? The last time we saw him on stage was Broadway, and Nora Ephron’s “Lucky Guy.” He was just terrific, of course.

Now Tom and wife Rita Wilson will make their Los Angeles stage debuts in Shakespeare’s “Henry IV.” Tom will play Falstaff. The rest of the cast hasn’t been announced, but I’d put money on Peter Scolari doing something. Daniel Sullivan is being imported from Broadway to direct all this.

The venue is the Shakespeare Center of Los Angeles. The dates seem to be vaguely the last two weeks of June, although details have not been revealed. Maybe Rita will get to sing!

More good news: limited free tickets to veterans or active members of the US military.