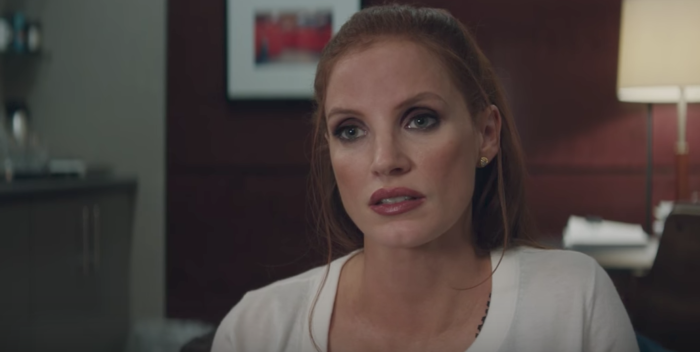 THE place to be last night was Carnegie Hall: only Oscar winner Danny Boyle could assemble an all star A team of actors for “The Children’s Monologues,” a charity event of performances to benefit the UK charity Dramatic Need. The group funds programs in South Africa for impoverished children.

They read monologues written by South African children and then polished up by dramaturgs like Lynn Nottage, Tom Stoppard, Neil LaBute and others. Also featured was the Via Vyndal Pantsula Dance Crew and the New York City Youth Ensemble. It was a 5 star night that beautifully captured the spirit of South Africa and let some of our newest stars show off their stage ability. No one had more than a few hours of rehearsal.

Jessica Chastain learned the lines of her powerful dramatic monologue on the plane coming from L.A. yesterday. After she nailed it and came offstage, McAvoy– who she said “roped her into this”– told her who she’d replaced at the last minute. “Meryl Streep! Oh my god,” said Jessica, whose mother and best friend came to support her. “Oh. my. god.”

Jessica stars next month in Aaron Sorkin’s “Molly’s Game,” which I loved in Toronto. She gives an Oscar worthy performance and certainly should be in the mix with Saorise Ronan, Sally Hawkins, Judi Dench, and probably Meryl Streep– ironic, no? Chastain is due for some Oscar love. She should get it this time.

The great Donna Isaacson cast the event with partner Laura Stancyzk. I asked Donna how she got all these people to do it. “Danny Boyle,” she said.

Boyle has the uncanny knack for bringing other cultures to the west. In “Slumdog,” it the Indians and Mumbai. Last night it was South Africa. His answer to how he does it: “the cultures just present themselves and you go for it.” Hmmm….Modest.

So how are the kids from “Slumdog Millionaire” doing, I asked him? “They’ve turned 18,” he said. “We’ve gotten them each flats in Mumbai and we’re helping them with their money and being independent. We’re in touch with them all the time.” Boyle has been extraordinarily dedicated to them.