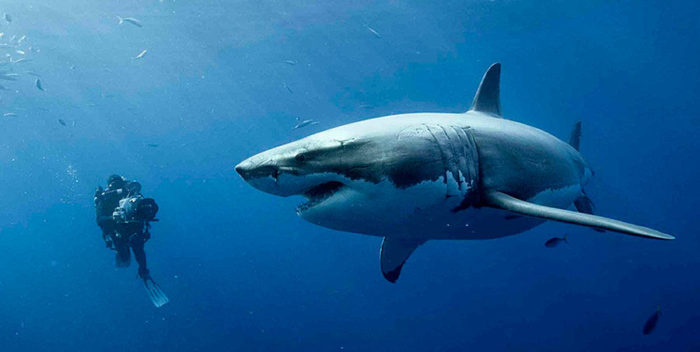 Comic unleashed, indeed! Byron Allen, known for his syndicated shows with fellow comedians, has become a movie mogul over the past year. Did you know that?

Allen has just announced he’ll be released “48 Meters Down,” the sequel to his company Entertainment Studios’ “47 Meters Down.” The latter movie is the biggest indie hit of 2017.

Allen released “47 Meters Down” back in June after rescuing it from the fading Dimension Films, the commercial side of Weinstein Company run by Bob Weinstein. Dimension was going to release “47 Meters Down” under a different name straight to video. But Allen saw the potential of a shark movie with Mandy Moore, and went for it.

So stand back, everyone. We’ve got a new and serious player on the scene– and one who everyone will like!