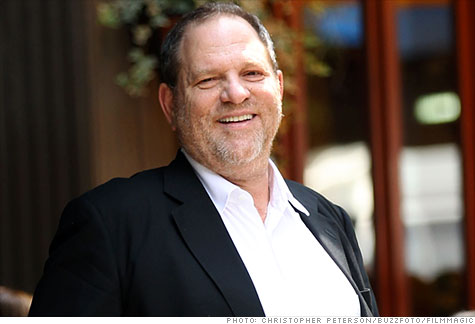 Movie mogul Harvey Weinstein has been accused of sexual misconduct by several women over the years, reports the New York Times. He’s subsequently taken a leave of absence from The Weinstein Company, and issued a statement of apology and explanation. Nothing excuses sexual harassment, certainly. But this probably isn’t the whole story. Some of it should be taken with a grain of salt. Nothing is black and white here.

Meantime, Weinstein says he’s planning to sue the New York Times. His lawyer, Charles Harder, says: “It relies on mostly hearsay accounts and a faulty report, apparently stolen from an employee personnel file, which has been debunked by 9 different eyewitnesses,” Harder said. “We sent the Times the facts and evidence, but they ignored it and rushed to publish. We are preparing the lawsuit now. All proceeds will be donated to women’s organizations.”

I came of age in the ’60s and ’70s, when all the rules about behavior and workplaces were different. That was the culture then.

I have since learned it’s not an excuse, in the office — or out of it. To anyone.

I realized some time ago that needed to be a better person, and my interactions with the people I work with have changed. I appreciate the way I’ve behaved with colleagues in the past has caused a lot of pain, and I sincerely apologize for it. Though I’m trying to do better, I know I have a long way to go. That is my commitment. My journey now will be to learn about myself and conquer my demons. Over the last year, I’ve asked Lisa Bloom to tutor me, and she’s put together a team of people. I’ve brought on therapists, and I plan to take a leave of absence from my company and to deal with this issue head on. I so respect all women, and regret what happened. I hope that my actions will speak louder than words and that one day we will all be able to earn their trust and sit down together with Lisa to learn more. Jay Z wrote in 4:44 “I’m not the man I thought I was, and I better be that man for my children.” The same is true for me. I want a second chance in the community, but I know I’ve got work to do to earn it. I have goals that are now priorities. Trust me, this isn’t an overnight process. I’ve been trying to do this for 10 years, and this is a wake-up call. I cannot be more remorseful about the people I hurt, and I plan to do right by all of them.

I am going to need a place to channel that anger, so I’ve decided that I’m going to give the NRA my full attention. I hope Wayne LaPierre will enjoy his retirement party. I’m going to do it at the same place I had my Bar Mitzvah. I’m making a movie about our President, perhaps we can make it a joint retirement party. One year ago, I began organizing a $5 million foundation to give scholarships to women directors at USC. While this might seem coincidental, it has been in the works for a year. It will be named after my mom, and I won’t disappoint her.