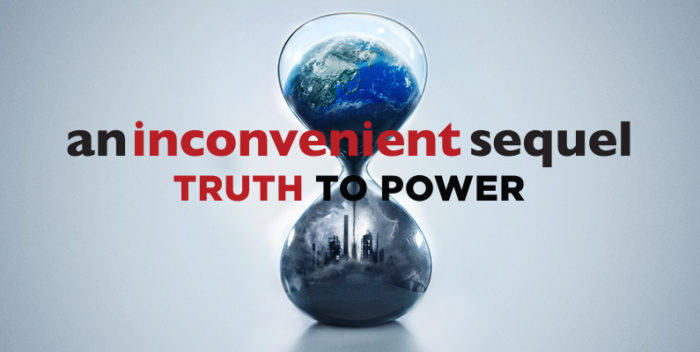 Remember those heady days when Al Gore won an Oscar for “An Inconvenient Truth”? The climate change movie caught the zeitgeist of the moment in 2006. I gave it a rave review which the producers used on the DVD box. The documentary made $25 million domestically and the same amount abroad.

But sequels, especially with similar titles, can be a problem. So “An Inconvenient Sequel” has been a box office dud so far. After 17 days in release, Gore’s follow up has made just $2 million at the box office. Compare that with $5 million for the original in the same time frame. The sequel has turned out to be very inconvenient at least financially.

Times have changed since the first movie. Climate change is still an urgent issue. But Gore perhaps ran into more pressing problems playing out on CNN and other real news networks– Neo Nazis, North Korea, and a crazy president who doesn’t believe in any of Gore’s — and scientists’– theories.

Not only that: while Gore’s heart is in the right place, his hyperbole can hurt him. A mild summer in the Northeast, snow in usually hot places, haven’t helped. People don’t understand that ‘climate change’ means exactly that. Instead, they relate to the term ‘global warming.’ If it’s not 100 degrees outside, the whole thing seems far away.

Climate change movies are better suited to other platforms rather than the box office– HBO, Showtime, Amazon, Netflix. Last fall, Leonardo DiCaprio’s “Before the Flood” had a very limited theatrical release, made zilch, and was released more effectively for free on line and on National Geographic Channel. At the box office, fossil fuels can’t compete with superheroes and genius apes.