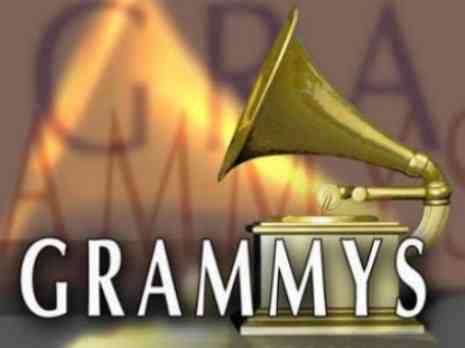 A very odd and kind of alarming item from TMZ migrated to Page Six last night: Justin Bieber, Kanye West, and Drake are not attending the Grammy Awards.

Drake, nominated for Album of the Year, has a good excuse: he’s on tour.

But Bieber and Kanye are cited saying they don’t think the Grammys are important, or representative of “the best in new music.” The TMZ piece says “it’s not like it’s the Oscars.”

Oh, but it is, Justin. This is the top award in commercial music. And the irony is that for the first time, Bieber received an Album of the Year nomination. Before this, no one took him seriously. After this, no one will take him seriously.

Bieber’s album of bird calls, “Purpose,” was lucky to land a spot. But this is the Bieber we’ve known since he was a pre-teen: obnoxious, self-involved, uneducated.

Kanye is a different story. Better that he doesn’t come to the show. If Beyonce doesn’t win, he’ll bounce up on the stage and declare her the winner anyway. No one needs that.

The Grammy Awards have never been perfect. I think I’ve been complaining about them for 20 years. But in the end, they are what they are, they do showcase a wide variety of music. There were some misses this year, particularly in Best New Artist. And Sturgill Simpson? He was rescued from obscurity, that’s for sure. Most people had never heard his name when he was announced an Album of the Year nominee.

The TMZ piece makes a case for Frank Ocean’s “Blond” album. I’m sorry, but that album came and went because it was not good. It had no songs. It was like a notebook of doodles. Also, Ocean pulled a fast one on his record company by giving them something else to fulfill his contract, then self-released “Blond.” You’re not going to make friends that way.

As for Kanye, his “Life of Pablo” was a mess. He released it, kind of, then re-released it. Was it ever available as a physical product? Kanye continues to want to be part of the business, then snaps at it publicly.

Album of the Year is probably a dogfight between Adele and Beyonce. But Justin Bieber, who has no respect for anyone, should be happy to be in the race. I’ll bet Sturgill Simpson is. And something tells me Drake is, too.

So far the Grammy show has a ton of great performers, and lots of interesting matchups. Those will be remembered in the end, not the absentees.