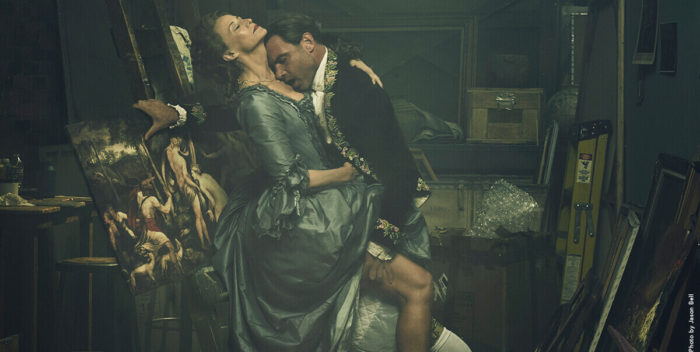 Maybe you know Liev Schreiber from “Ray Donovan.” In New York we know him as a killer stage actor. Janet McTeer is probably best known to movie audiences from “Tumbleweeds.” But we know her from Broadway, where her “A Doll’s House” is remembered by a lot of people as “the best thing I ever saw.”

The pair opened last night in a revival of Christopher Hampton’s “Les Liaisons Dangereuses,” the 1987 play that launched the late Alan Rickman into the stratosphere and for which Lindsay Duncan is revered. It’s hard to top an iconic production. But Schreiber and McTeer are perfectly matched, two of the strongest actors on the planet, and their pas de deux as two romantic schemers is not to be missed.

Really, I will go back and see it again before it closes in January. But in the meantime, “LLD” is a hot ticket as these two, plus the whole supporting cast, bring Hampton’s perfect adaptation of Pierre Choderlos de Laclos’s 1782 novel to life brilliantly. Even if you know the movie– which starred Glenn Close, John Malkovich and Uma Thurman– the stage version is a stunner, and certainly in its way much sexier.

In the opening night audience — a surprise– Naomi Watts, mother of Schreiber’s two sons, and recently separated from him, as well as “Ray Donovan” actor Steven Bauer (who came with the great character actor and restaurateur Paulie Herman), plus Tony winner Cynthia Erivo, designer Zac Posen, Bernadette Peters, and Pierce Brosnan, who had trouble finding his car outside the theater when the show was over.

At the after party at the Gotham Ballroom, Liev told me: “It’s a beast of a play. We’ve worked very hard on it.” When he’s done in January, Schreiber returns to “Ray Donovan,” which will now– as I broke a while back– shoot in New York so he can be at home.

PS Erivo– Tony winning star of “The Color Purple”– stays with her show until it closes in January. She still hasn’t found the time to sign a recording contract. Clive Davis? LA Reid? Where are you?