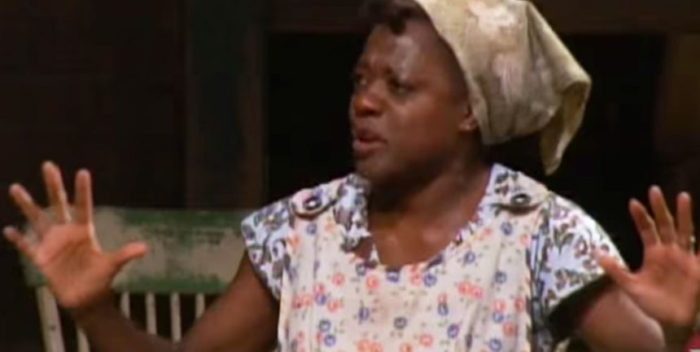 I am really sorry to hear this news: Viola Davis is going to campaign for Best Supporting Actress in “Fences.” She won the Tony Award for playing the same role as a lead actress. Hmmmm…

Davis was among the top 5 contenders for Best Actress as the Oscar race has shaped up. The other leaders are Annette Bening in “20th Century Women,” Natalie Portman in “Jackie,” Meryl Streep in “Florence Foster Jenkins” and Emma Stone in “La La Land.” I don’t know why Davis made the decision to opt for supporting. She’s one of our absolutely finest actresses, on a par with Streep and Cate Blanchett. I wish she would reconsider.

Taking Davis out of the Lead group moves Amy Adams up from “Arrival” or “Nocturnal Animals.” Some other names are lurking out there, too, including Marion Cotillard in “Allied,” Isabelle Huppert in “Elle,” and Kristen Stewart in “Personal Shopper.” There’s another rumor that Bening is also thinking of going into Supporting, which would be a heartbreaking decision. She’s the star of the movie.

Davis goes into Supporting with a solid group already forming including Michelle Williams from “Manchester by the Sea,” Margo Martindale in “The Hollars,” Greta Gerwig from either “20th Century Women” or “Jackie,” Elle Fanning from “20th Century Women,” Octavia Spencer from “Hidden Figures,” and Nicole Kidman from “Lion.”

Me? I say vote Viola into Lead anyway. Academy voters have the option of moving actors around in categories. I advocated that a few years ago when I wrote that Kate Winslet could be moved from supporting to lead in “The Reader.” And she won. Viola Davis is a superstar. Let her play on the main stage.

Viola, rethink this choice. Annette, please, stay where you are.